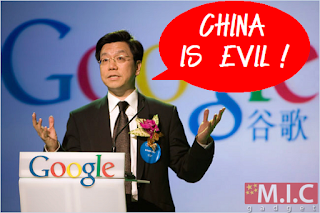 Google has decided they are no longer willing to continue censoring search results on Google.cn, the Chinese version of the search engine. This may well mean having to shut down Google.cn, and potentially leave China completely. Yup, it’s real, Google is pulling out of China very soon.

It all started in mid-December. Google detected a highly sophisticated and targeted attack on Gmail. The attack was launched by China. Two Gmail accounts are hacked, the reason behind for doing this is to access the accounts of Chinese human rights activists. To say it simple, the Chinese government was trying to get the profile of the people who do not obey China’s rules, and this can be done by accessing their Gmail accounts. Many more accounts have apparently been accessed by third parties using malware to obtain passwords. It is then concluded that not only Google is suffering such attacks in China, foreign internet firms such as Yahoo! and Adobe are under attack too. 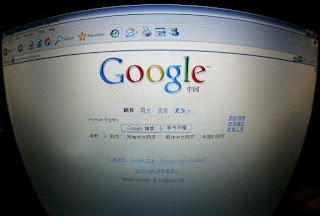 According to a post on the Official Google Blog:

We have decided we are no longer willing to continue censoring our results on Google.cn, and so over the next few weeks we will be discussing with the Chinese government the basis on which we could operate an unfiltered search engine within the law, if at all. We recognize that this may well mean having to shut down Google.cn, and potentially our offices in China.

Google is fed up with the incident, it has stopped censoring search results on its Chinese search engine. You can search whatever you want in Google.cn, but you can’t read the contents in it. 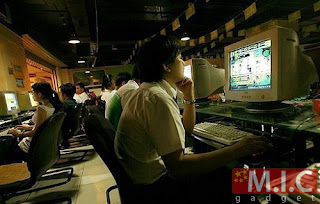 Looks like Google has find out how the Chinese government attacked their Gmail. Local media have reported that some Google China employees were denied access to internal networks last week, while some staff were put on leave and others sent to its offices around Asia. Google is looking out for a staff who is suspected to be a spy sent from the Chinese government. Filtered search results are still being shown on the search engine and Google will keep on discussing with the Chinese government on operating an unfiltered search engine. For the time being, the Google headquarters in Beijing is closed and citizens hold memorial for Google as it awaits execution.

New Android phones from Samsung and Motorola which were slated to make their arrival on China Unicom have now been postponed. Google’s gonna keep anything that belongs to them until they got what they wanted from China. [Engadget]

Actually, another culprit for this incident is Microsoft’s Internet Explorer web browser. The Chinese hackers used an unknown weakness in the software to launch the attack against Google and others. Government agencies in both countries warned its citizens that it should not use any version of Internet Explorer until the security hole in the software was fixed.
Video

It’s glad to see that Google continues to follow the “Don’t Be Evil” rule for this incident. Google currently holds about one-third of the Chinese search market, far behind the Chinese rival Baidu, China’s own search engine, which has more than 60%. However, many people in China still need Google. For the knockoffs’ manufacturers in China, they need to search information about the new models of netbooks in order to copy it. Baidu only provides crappy search results. 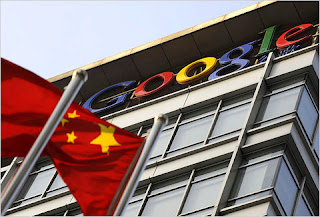 Censorship is a big problem in China for years, citizens can’t access YouTube, Facebook, Twitter or any other social websites. The Chinese government says foreign internet firms are welcome to do business “according to the law”. This seems to be a lie. China’s internet has been developed into “China Intranet”, causing inconvenience for citizens to get contact with information outside of China. Anyway, I hope Google’s decision to withdraw from China is correct, since they have lost their Chinese CEO, Kai-Fu Lee.

UPDATE: The online attacks on Google came from two universities in China, one with ties to the Chinese military. The U.S. investigators have tracked the IP addresses and they discovered two sources, the Shanghai Jiao Tong University and a vocational school at Shandong. Both of the universities denied about it and they have made some responses to the Chinese media.

We have just heard about this info and we are still doing a confirmation on it. We can only say that the school is not involved in any hacking operations.

IT Teacher from Shangdong Vocational School

We did not accept any interviews from the New York Times and what they are reporting is a whole bunch of nonsense. It’s just their imagination. Our school’s students are not capable of attacking Google and other foreign internet firms, they have limitations on their knowledge of the Internet. Also, our school has a strong security system which it is impossible for any outsiders to enter the school.

I do not know anything about it.

Their responses are quite interesting, and a Chinese netizen commented something right.

If the top foreign internet firms in the IT world could not handle with the online attacks created by students, shouldn’t these firms recruit the students instead of sticking with their employees?

Actually, the Chinese government could be using the schools as a front for its attacks.

UPDATE 2: U.S authorities have tracked down the man who wrote the code used in the hacker attack on Google. This guy is a “freelance security consultant” in China and he does whatever the Chinese government told him to do. For the attack, he made use of a security hole in Internet Explorer to carry out the hacking. He is good at some kind of research that allows him to break into computers and inserting spyware on them. However, it seems that this guy is forced to carry out the attack by using his well-researched code. According to Financial Times:

“If he wants to do the research he’s good at, he has to toe the line now and again,” the US analyst said. “He would rather not have uniformed guys looking over his shoulder, but there is no way anyone of his skill level can get away from that kind of thing. The state has privileged access to these researchers’ work.”

It’s quite a pity of him to listen to any orders from the Chinese government in order to carry out the research on what he’s good at. The Chinese government is always good at denying involvement on any cases which might affect its reputation, so let’s hope for this Chinese hacker will not sacrifice himself to protect the evil.

UPDATE 3: The Google.cn domain now redirects to its Hong Kong servers via Google.com.hk. This means Google now officially leaves mainland China. Hong Kong does not contain the Great Firewall of China so Google decided to provide uncensored search results to users in China with the help of those servers in Hong Kong. Google.com.hk now provides simplified Chinese by default if you are redirected from Google.cn. This is what the Chinese government has to say:

BEIJING, March 21 (Xinhua) — From groundlessly accusing the Chinese government of supporting hacker attack against it to pushing China abandon the legal regulations on the Internet by threatening to withdraw from the Chinese market, many facts have shown that Google is politicalizing itself.
Google, as the world’s largest search engine, should understand an internationally accepted rule as well as other enterprises, if not better, that no matter in which country you conduct business, you have to obey the laws and regulations there.

Regrettably, Google’s recent behaviors show that the company not just aims at expanding business in China, but is playing an active role in exporting culture, value and ideas.
It is unfair for Google to impose its own value and yardsticks on Internet regulation to China, which has its own time-honored tradition, culture and value.

Google is currently at a crossroad. Whether it eventually leaves the Chinese market or not, one thing is certain — China’s Internet market, which has already been the world’s biggest with nearly 400 million netizens, will continue to prosper.

Whether it leaves or not, the Chinese government will keep its Internet regulation principles unchanged. One company’s ambition to change China’s Internet rules and legal system will only prove to be ridiculous.
And whether leaving or not, Google should not continue to politicalize itself, as linking its withdrawal to political issues will lose Google’s credibility among Chinese netizens. That, will make Google end up to be the biggest loser.

And an government official who is in charge of the China Internet said:

“Google has violated its written promise it made when entering the Chinese market by stopping filtering its searching service and blaming China in insinuation for alleged hacker attacks,”

“This is totally wrong. We’re uncompromisingly opposed to the politicization of commercial issues, and express our discontent and indignation to Google for its unreasonable accusations and conducts.”

The words from the Chinese government is real bullshit, and Google has done the correct thing to get away from China since the Chinese government would not admit the evil stuff they have did on Google. For the time being, Google’s internet services such as the free music download and Gmail are still available in China.
Share this
Newer Post Older Post Home