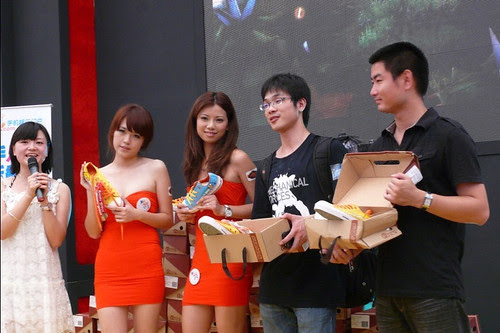 In celebration of the Chinese Mid-Autumn Festival (or Moon Festival), Rovio decides to share mooncakes in the shape of their Angry Birds with hundreds of millions of Angry Birds fans worldwide. What!?

Yup, we’re not kidding. Rovio has announced their new merchandise such as edible mooncakes, lifestyle shoes, hats, and tote bags in Shanghai. What’s more, they are making a Chinese-themed update to its Angry Birds Seasons app. Full details after the break. 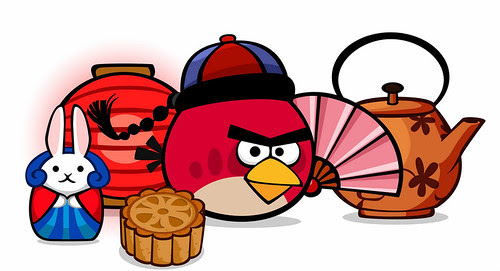 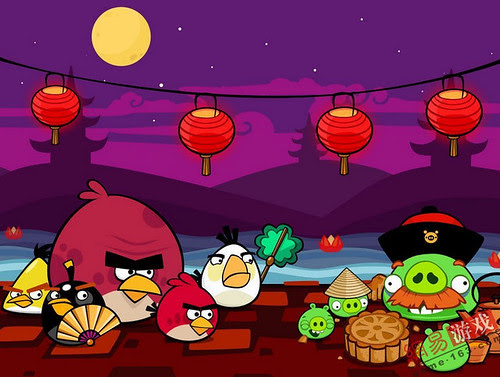 This Chinese-themed update will arrive in early September, just in time for the Chinese Mid-Autumn Festival (September 12th) that celebrates the largest moon of the year, accompanied by the eating of mooncakes. Of course, China will be getting the world exclusive early release, and worldwide fans will be celebrating the Chinese culture by downloading this special episode onto their mobile devices. 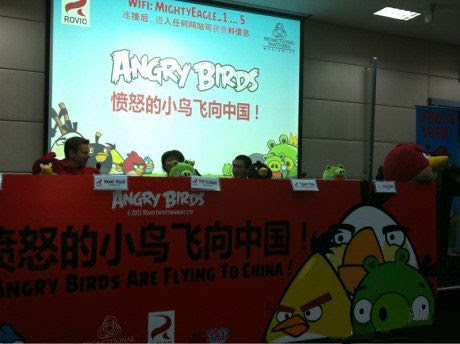 Rovio Mobile announced their big plans at the ChinaJoy conference in Shanghai. Local tech media and fans are invited to the event.
A Chinese-themed update to Angry Birds Seasons app is definitely not enough for Rovio to make big profits in China, so they have something more to announce. Here’s what Rovio’s Peter Vesterbacka said,

“As we have done in all of our markets around the world, we will create products specifically for this market. Angry Birds will recognize the uniqueness of China and our Chinese fans.”

So, Rovio decides to create specially-tailored products for Angry Birds fans in China – and that’s why we have the mooncakes in the shape of Angry Birds. 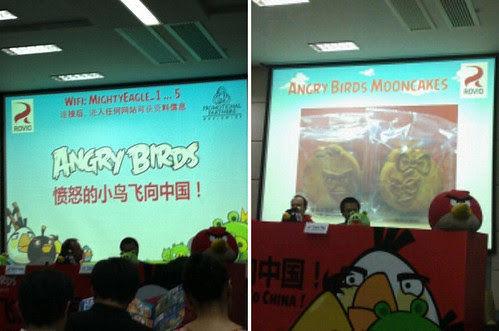 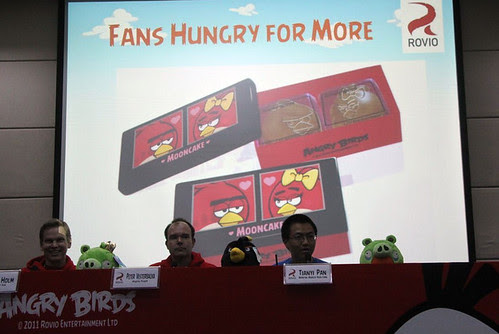 Previously, we heard Rovio is planning to open 200 Angry Birds merchandise stores in China, and they definitely need a whole line of products to put into the stores. Mooncakes are just not enough to run the business. So, Rovio is ready to launch Angry Birds-branded shoes (see the pics below) which are for sale online (Click here) in an exclusive tie-up with Chinese e-commerce site LeTao.com. It’s China’s largest online shoe company. 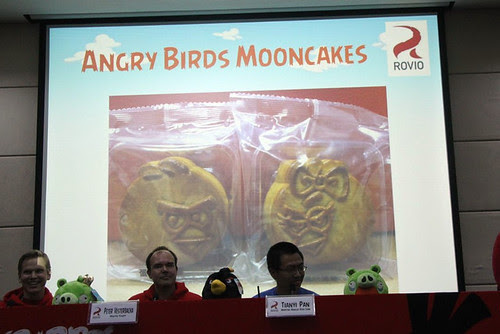 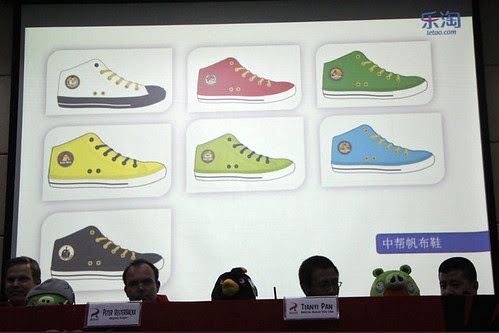 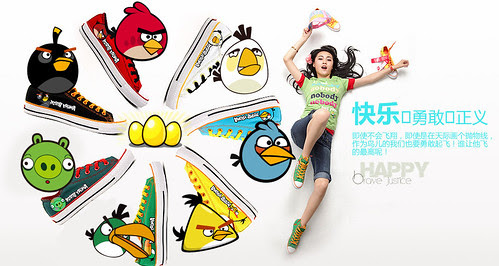 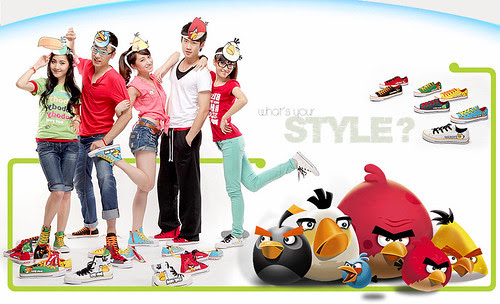 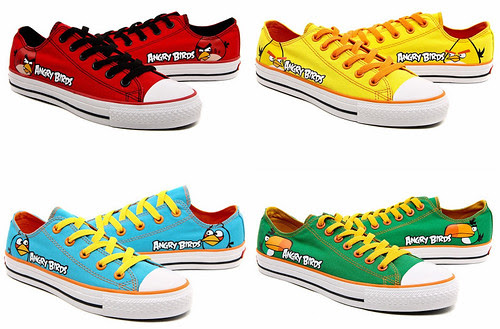 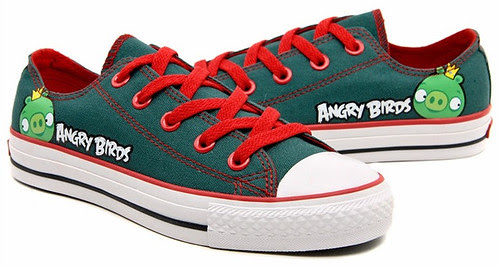 The price of these Angry Birds-branded shoes is very reasonable, just 89 yuan ($14). Available in 7 colors, high cut & low cut types. This is definitely the first ever Angry Birds shoes we are seeing, and Letao.com will surely earn a lot of revenues with this exclusive series. These shoes are also featured at the ChinaJoy conference in Shanghai, where people could get it for free by winning some contest. 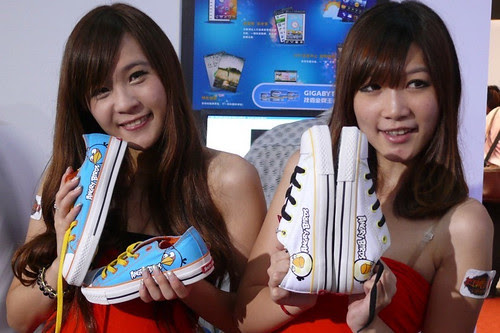 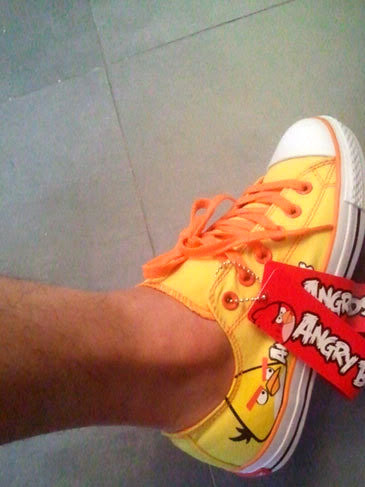 This is how it looks like on your feet! Very cute! 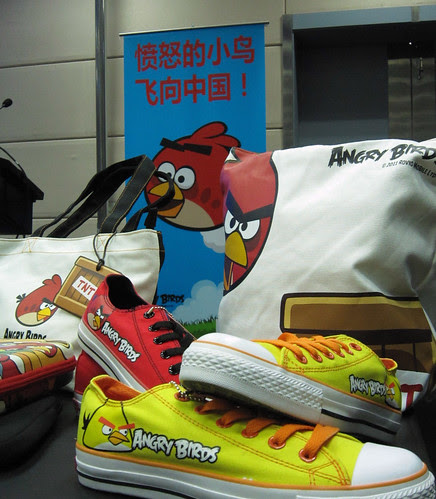 New Angry Birds-branded merchandise is also displayed at the event. 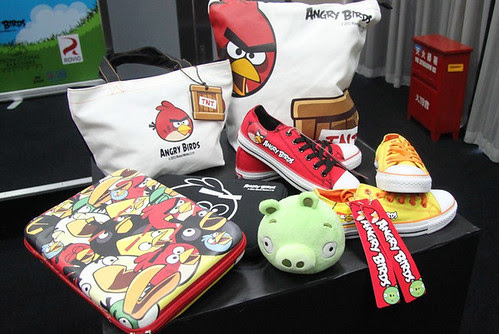 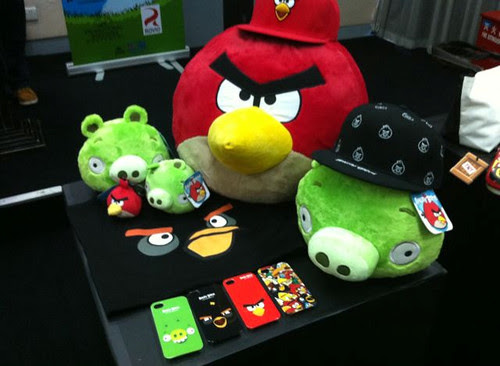 Looks like there are new cases for the iPhone 4. 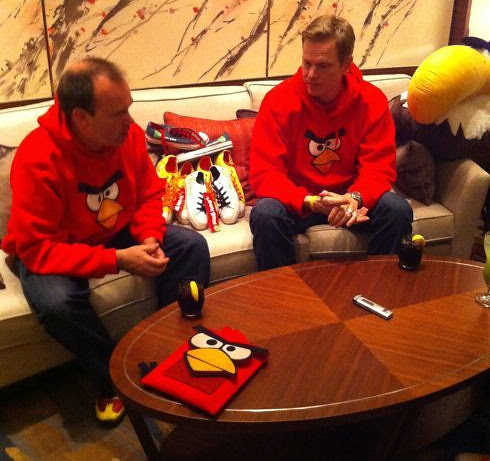 Rovio CEO Peter Vesterbacka and Rovio Asia Vice President Henri Holm
Apart from the new Angry Birds Seasons and merchandise, Rovio is also adding new strategic partners to its Angry Birds China team. Promotional Partners Worldwide (PPW) has been appointed as the licensing representative of the Angry Birds franchise. If this is the first you hear about PPW, it is a company who has extensive experience in licensing industry, and it is the Oversea Master Licensee of the Beijing 2008 Olympic Games, the exclusive licensing representative for FIFA World Cup 2002, and it works closely with internationally renowned licensed properties owners such as Sony Pictures, Sanrio, Discovery Channel, Manchester United, Barcelona Football Club and Juventus. Most importantly, PPW acts as a brand facilitator for its clients to develop their brands in China. Last but not least, here’s what Rovio’s CEO concluded:

“We are delighted to be fully operational in China. China has great potential for growth, but just as exciting is the opportunity to build a creative franchise, a marriage of virtual and real life, that is special for China and exciting for our Chinese fans.”

One more thing, Rovio will be focusing on the development of mobile marketing in China by cooperating with Madhouse, a company that is well known for being the largest and most intelligent mobile advertising network in China, according to a report on PR Newswire. As part of this partnership, Madhouse will enable and deliver ads to Rovio properties across China – including placement of in-application banners and rich media ads as well as fully customized marketing solutions tailored to the needs of brand advertisers. Would this bring more revenue to Rovio? We think so.