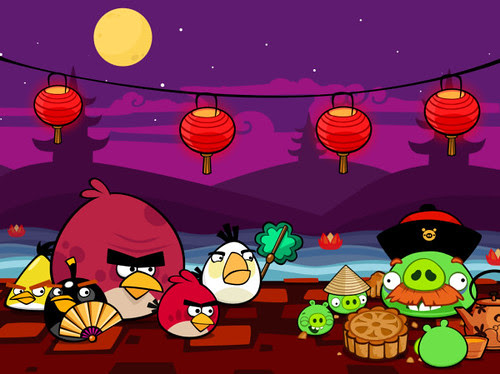 Hooray! Rovio has updated its Angry Birds Seasons with 30 new Chinese Moon Festival levels and 8 hidden pieces of Mooncake for you to grab. That means you’ll be smashing green swine in a variety of levels filled with pagodas, rabbits, red lanterns, and similar themed items.

“It’s September and the moon is full and high as the Angry Birds head to China for the mooncake festival! The 3000-year-old harvest festival is one of the most important Chinese holidays, and the pigs think they can hide themselves in the midst of all the celebrations. Help the Angry Birds as they chase the pigs through 30 brand new levels filled with pagodas, rabbits, and red lanterns, lit by a dazzling harvest moon. Collect the eight hidden pieces of mooncake and you’ll be rewarded with a bonus level!” 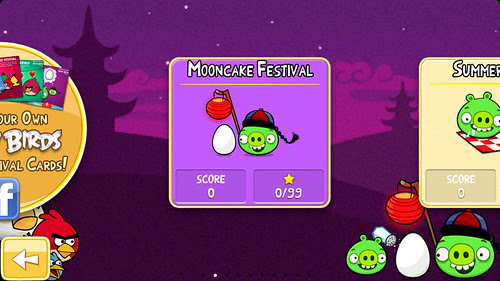 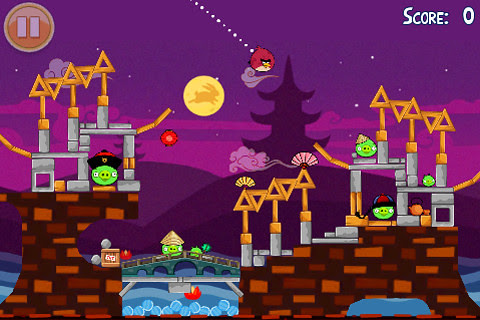 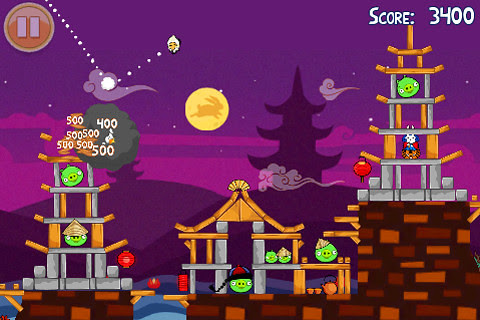 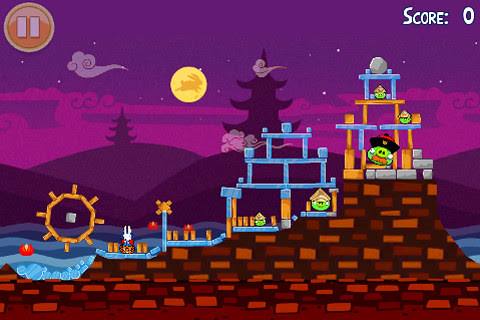 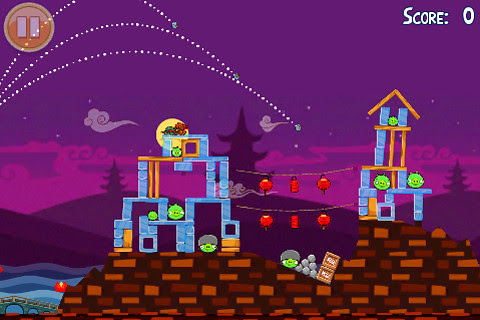 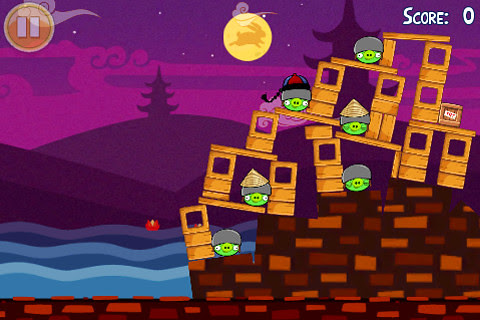 We previously reported that Rovio will develop games and other products designed to appeal to Chinese fans, with the first game, the “Moon Festival” episode for Angry Birds Seasons arriving in September, in time for the Mid-Autumn Festival. The Moon Festival episode for Angry Birds Seasons is also part of Rovio’s larger plan for expansion in China. The vibrant new Moon festival theme in the game will sure amazed Chinese fans, and we are pretty sure that the Chinese will enjoy eating the Angry Birds mooncake while playing the game. So, why still waiting? Get the update, kill the green pigs and enjoy your time…