Previously we spotted three fake Steve Jobs already, and we are going to introduce the fourth one here today, and he is the CEO of Xiaomi! His company just launched a remarkable Xiaomi smartphone yesterday. If you take a closer look, the way the event was held and the way he stands on the stage look so similar to Apple’s WWDC and Steve Jobs. More comparisons after the break. 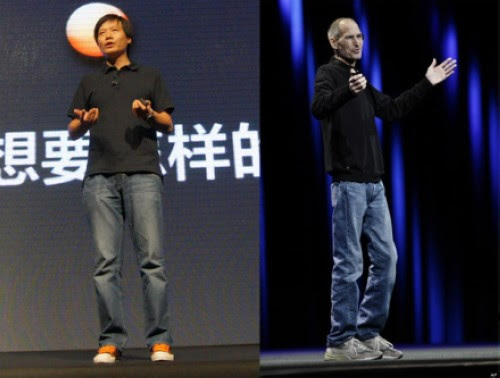 Check out our previous post here to watch the entire Xiaomi’s launch event. 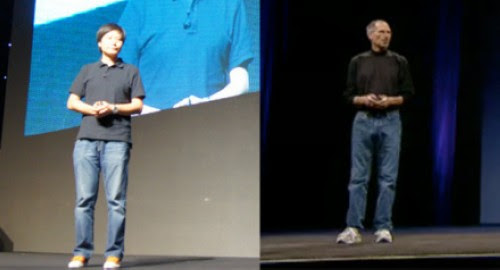 Fatter, Shorter, Younger. Wearing a watch, pair of Orange shoes (not too sure what brand is), short sleeve black polo shirt. 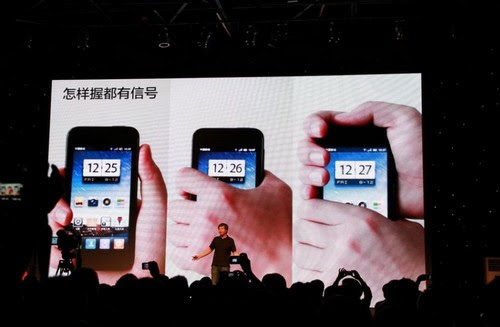 In Xiaomi’s launch event, he emphasized its Xiaomi smartphone definitely doesn’t have any antenna problem. Hey Jobs, someone is challenging the iPhone 4!

His name is Lei Jun, Chinese, was the former executive director and vice-chairman of Jinshan. Noticeably, he is a mobile phone enthusiast who had used 58 units of phones in his entire life (using each of them thoroughly not only hands-on); he loves Apple Inc., always complimented the company “very successful”. Probably why he is acting like Steve jobs in the conference. If you wish read more about him, you may click the source link down below.
Share this
Newer Post Older Post Home