Today marks the 10th anniversary of 9/11. We remember this day, and we never forget it. On May 1, 2011, President Barack Obama made an announcement that the U.S. military force killed Osama bin Laden in Pakistan. The whole America cheered.

So, with success met, mission accomplished, and justice has been done, the Americans should deserve something to celebrate the death of Osama. This is it, the “Obama Kill Osama” figurine. See it in action after the break.

You may wonder, why there’s no sight of new figurine from us recently. Well, our plans got changed due to the death of Osama bin Laden. For this past few months, we have been spending much of our time to work on the O.K.O. project. What is it? Well, If you are looking for a perfect way to pay a tribute to the 10th Anniversary of 9/11, we have a very realistic “Obama Kill Osama” action figure. 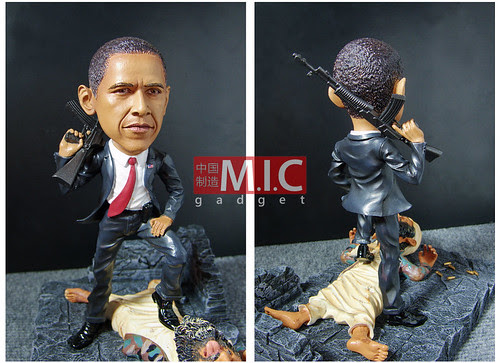 This is, without a doubt, the best figurine for Americans. It is approximately 20cm tall. 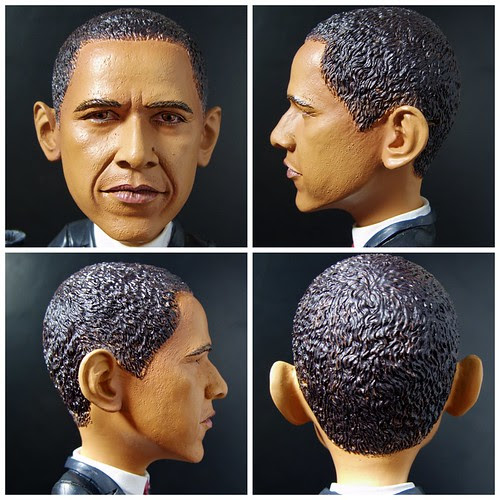 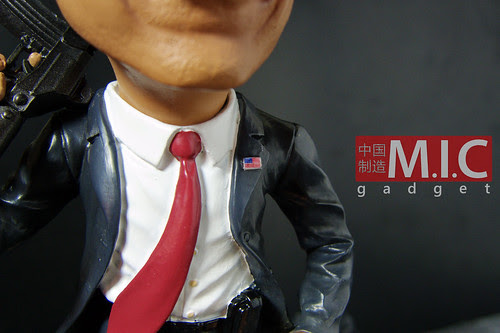 Seriously, the level of detail in this thing is simply amazing. President Obama is dressed in his familiar attire. 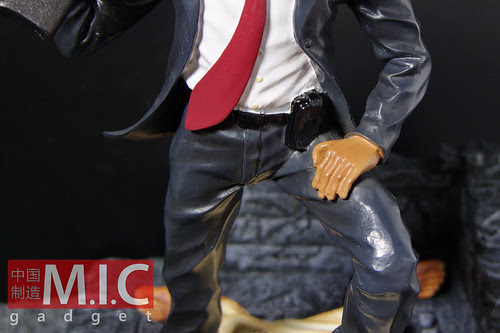 See that BlackBerry attached to his belt? It’s probably his most beloved gadget. 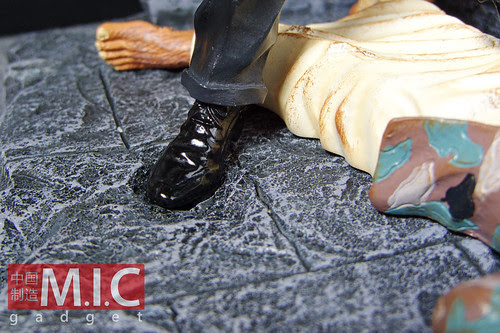 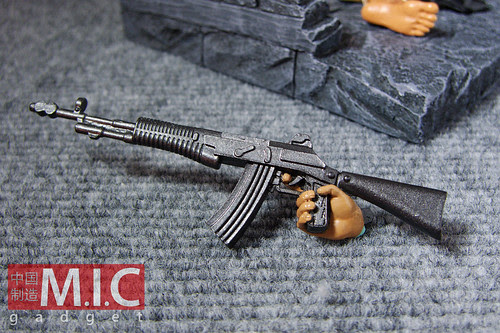 He had to shoot shoot Osama with something, right? Bring along an assault rifle! 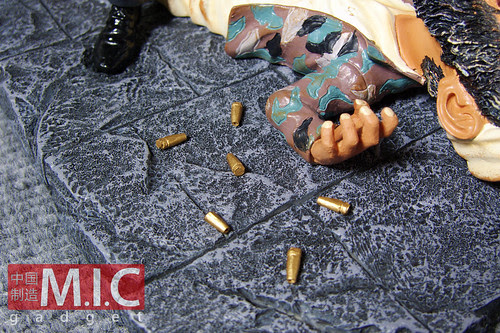 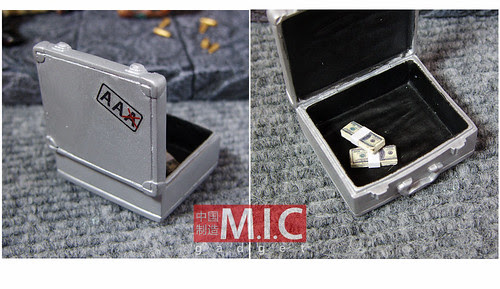 Only two stacks of cash left in the briefcase… Could the United States lose its status as the world’s premier safe harbor for global investors? This country’s days as a AAA-rated investment may be numbered. Even Apple is richer than US government… 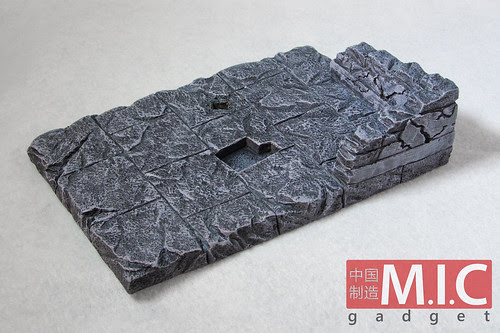 Wow. The figurine comes with a scenic display base. Nice paint! 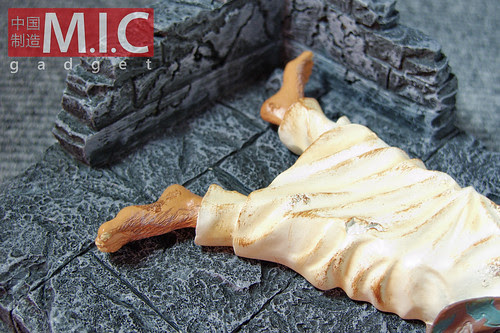 Do you think he was barefoot, or was Osama a flip flop kind of guy? 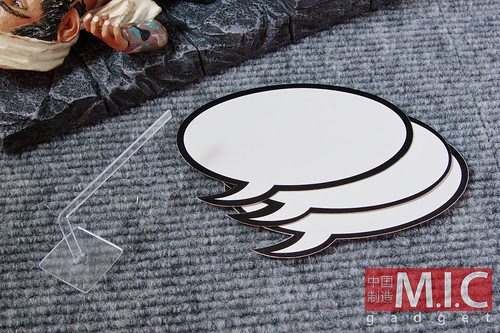 To make the figure even more fun to play with, 3 speech bubble cards are bundled with it. 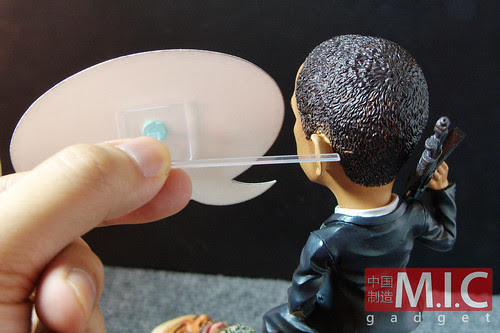 This is how you attach the speech bubbles to the figure.

Cool huh? The level of detail in this figure is totally awesome, especially the face. The goofy death look of Osama bin Laden is our favorite, but we expect a more horrible look, perhaps showing his skull with a pool of blood will be awesome. The stoic heroic look of President Obama is waaay too handsome, and we think he could be Captain America! Overall, we are really proud of the craftsmen for creating this amazing figurine. Good sculpt and paint job with the usual articulation that we’ve all come to expect and love about these toys. So, if you are interested to purchase this O.K.O. figurine, feel free to visit M.I.C. store and get one while stocks last! Price is $129 for one, shipping not included. Please take note that shipping may take 2-3 weeks since M.I.C. store does not wish to rush its craftsmen in order to maintain the workmanship standard of this collectors’ item. One more thing, it is limited edition (only 500 sets) and there’s an order limit: one-per-customer.

Actually, we love the idea of immortalizing tech CEOs into figurines. The SteveDoll and ZuckerDoll we had introduced earlier have become collectors’ items today, since we have ceased the sales after we received C&D letters from law firms representing A-P-P-L-E and F-A-C-E-B-O-O-K. Pretty sad huh? We decided to move on to immortalize other tech CEOs such as Steve.W, Steve.B, and Bill.G, however, the death of Osama bin Laden delayed our projects.

Last but not least, for those who have lost their loved ones on 9/11, my deepest and genuine condolences to you all.