10 Chinese Budget Smartphones That Could Kill The iPhone

For the past several months, Chinese smartphone makers have introduced a lot of great smartphones for people who could not afford an iPhone. These Chinese branded smartphones are pretty good in providing enthusiast-class performance on a budget and we are going to give you a quick run down of their features. You will definitely fall in love with one of them. 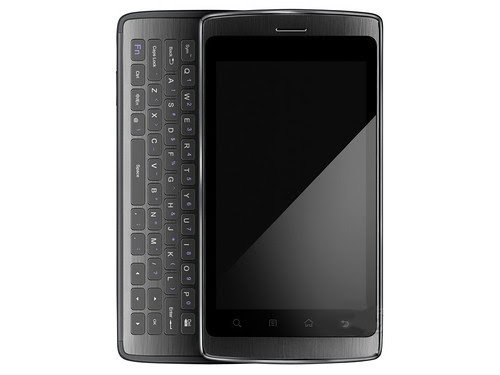 Maybe you are not familiar with Oppo. Oppo is a Chinese manufacturer who produces digital devices including MP3 and Blu-ray players. The company managed to expand to the smartphone business in the middle of the year 2011. The company’s flagship phone, OPPO X903, packs a 4-inch IPS display (made by Hitachi), a 1GHz Qualcomm processor, an 8-megapixel camera (only supports 720p HD video recording, no 1080p), a slide-out full QWERTY keyboard , 16GB of storage with microSD slot, and runs Android 2.2. Specs is satisfactory, but there is no front-facing camera. Oppo priced the phone at a more affordable price compare to Apple’s iPhone — ¥2,999 (about $461). It’s currently available for sale in the retail stores of Oppo located in major cities of China such as Shenzhen, Beijing and Shanghai. Perhaps the most interesting thing about this phone is that Oppo paid a staggering $5 million (not RMB) to employ Hollywood superstar Leonardo DiCaprio as their spokesman. You do not want to miss the commercial of the phone featuring Leonardo DiCaprio. 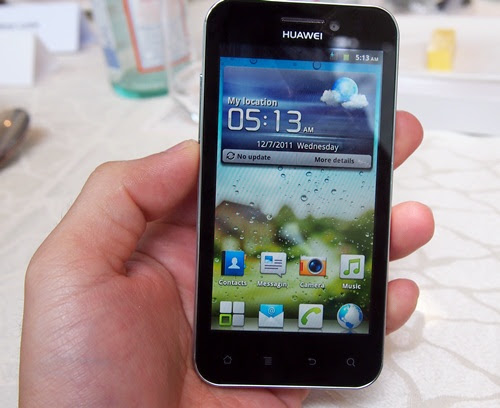 Always having problem with battery life? Consider Huawei Honor. Its hefty 1930mAh battery is useful, which has a battery life of up to three days on a single charge. The Honor has a 4-inch touch screen, a 1.4 GHz processor, 512 MB of RAM and 4GB of integrated storage that can be increased to 32GB with a microSD. The smartphone has a micro USB port for charging and data transfer, a rear 8-megapixel camera and a 2-megapixel front camera. It measures 10.9 millimeters at its thinnest point and weighs at 140 grams, slightly thicker and heavier than Apple’s iPhone 4. The most outstanding feature of the Honor is that it is able to run Android 4.0 Ice Cream Sandwich. However, in terms of performance, the Honor has a hard time to keep up with dual-core phones, but it is good enough on a daily basis. Price? Just ¥1,888 (about $299 USD).

If you want something between a phone and a tablet, the Coolpad 9900 Magview II is a good one. Coolpad is a little known Chinese brand, but you will be shocked with the company’s flagship phone. The Magview II packs a 5-inch 960 x 480 IPS-rivalling Sharp ASV display, Qualcomm’s 1.5GHz dual-core processor, 768MB of RAM, 4GB of on-board storage, and a 8-megapixel camera that is capable of recording 1080p video. The Coolpad Magview II runs Gingerbread with the company’s own developed UI over it, has both GSM and CDMA radios built-in, allowing the phone to switch between GSM and CDMA accounts on a whim. The phone comes with a cloud computing service named Cool Cloud that allows users to sync photos, documents and other content wirelessly. Perhaps the bad thing about the phone is its battery life. You may need to look for extra batteries and external charger if you choose it as your partner. Price is unknown, our best guess was that it would cost between ¥2,999 and ¥3,999 ($475 – $633). Well, at least it’s cheaper than the Galaxy Note.

Xiaomi, Xiaomi, Xiaomi…We’ve been interested in Xiaomi ever since the company disclosed their ambition to be the next Apple in China. Its first Android-powered handset, Xiaomi M1, is the phone we actually fall in love at first sight, and we’re not the only ones. Millions of Chinese smartphone users are amazed with the phone’s veritable list of hardware specs and a nice $310 price tag. It packs a dual-core 1.5GHz processor, Adreno 220 graphics and 1GB of RAM. The battery packs plenty of juice, 1930mAh to be precise. That should be enough for two days of real life usage (real real life Xiaomi say). As for the screen, it is a Sharp-made 4″ LCD of FWVGA resolution (854 x 480 pixels). Most interestingly, the phone is built with a dual GSM/3G antenna to avoid any embarrassing death grip issues like the iPhone 4. The phone comes pre-installed with Android 2.3.5 featuring a MIUI interface, an Android ROM that is being heavily focused on the UI and graphics, while bringing outstanding performance that is very smooth and slick in operation. There’s another reason to get this phone: Xiaomi will upgrade the phone to Android 4.0 ICS very soon, presumably by the end of the year. Awesome!

One more thing, people were scrambling the Xiaomi phone like scalpers scrambling iPhone in the past few months. It is the only Chinese smartphone that could be sold out in a few hours. 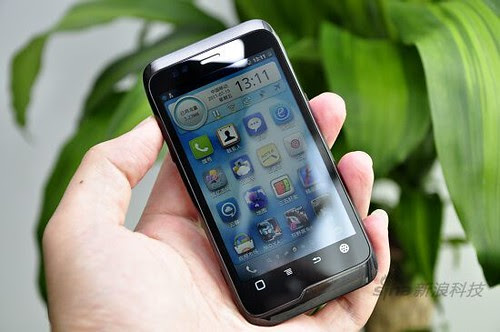 Alibaba, China’s largest e-commerce enterprise, released a smartphone this year. The phone, Aliyun W700, packs a 3.8-inch screen (800 x 400 pixels), NVIDIA’s 1GHz Tegra 2 chip, 512MB RAM, a 5 megapixel rear camera and 8GB of internal storage. The most attractive feature on this phone is that it comes with Alibaba’s self-developed mobile operating system ‘Aliyun’, which is based on Google Android 2.3. The Aliyun OS features cloud services including e-mail, Internet search, weather updates and GPS navigation tools. Users can seamlessly synchronize, store and back-up data such as contact information, call logs, text messages, notes and photos to AliCloud’s remote data center, and can also access and update this data across all their PC and mobile devices. The iCloud-like feature may look good, however, no one will buy it. Why? The price. It is set at ¥2,680 ($469). That’s none too cheap, and makes it quite a bit more expensive than a number of more attractive phones such as the Huawei Honor and the Xiaomi phone. The only reason you would be buying this phone is that you want to get a taste of Alibaba’s cloud-based mobile OS which is designed for mobile e-commerce. Also, Alibaba will launch a second-gen, dubbed W800 Aliyun phone. You can check out some more info in our previous post. 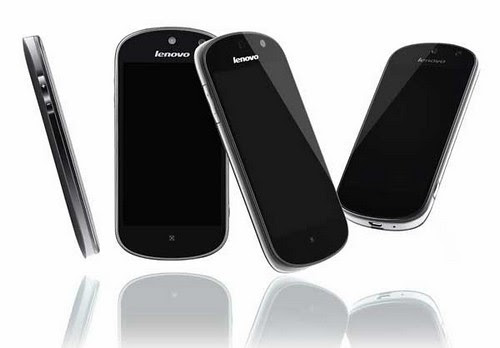 Undoubtedly, the Chinese PC maker Lenovo is doing brilliant this year, the company surpassed Dell as the world’s second largest PC vendor. So how does the company perform when it comes to smartphone business? Well, the company’s LePhone S2 is quite attractive, especially its built in voice recognition system, which is something similar to Apple’s Siri. The difference? It understands Chinese but not as smart as Apple’s Siri. It is being named as “Voice Secretary” by Lenovo. You can click here to visit our previous post to see how it really works. As for the specs, the S2 comes with a 3.8-inch 800 x 480 TFT display, a single-core 1.4GHz processor, Android 2.3.4, 512MB RAM with 8GB ROM or 1GB RAM with 16GB ROM (neither comes with memory expansion), and a eight megapixel 720p CMOS camera. It is priced at ¥2,999 (about $475), and it is only exclusive in China. What’s more? Rumors said the device is able to boot Microsoft’s Windows Phone 7.5 Mango system as well, which means this phone might be a dual-booting smartphone. Interesting. 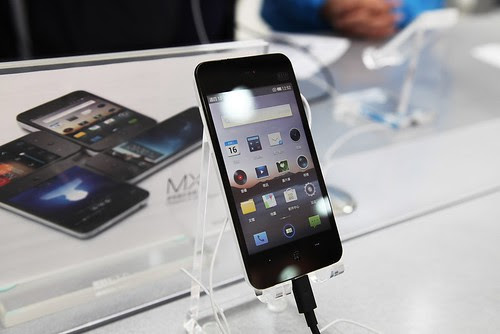 Another excellent Android-powered smartphone in the Chinese market. According to its specs sheet, we think it outperforms Apple’s iPhone 4S and the Xiaomi Phone. What is so great about it? It packs an 8-megapixel CMOS sensor and an F/2.2 lens that allows the MX to shoot stunning photos. You can check out our recent post in regards of MX’s photo quality comparing to the iPhone 4S and the Xiaomi Phone. Besides that, the Meizu MX comes with impressive specs — a 4-inch 960 x 640 ASV display, 1.4GHz Samsung Exynos 4210 dual core chip, a 1,600mAh battery and runs a customized Android 2.3.5 Gingerbread — Flyme OS. But the down side? It is a bit expensive… It will run you ¥2,999 ($475) with 16GB storage. However, if you are in Hong Kong, it will cost waaaay cheaper. Due to the lower tax in Hong Kong, the 16GB MX will cost about $400, which is much lower than the $475 price in mainland China. In addition, Meizu promised to launch a quad-core version of Meizu MX next year, which is something that you should keep in mind… 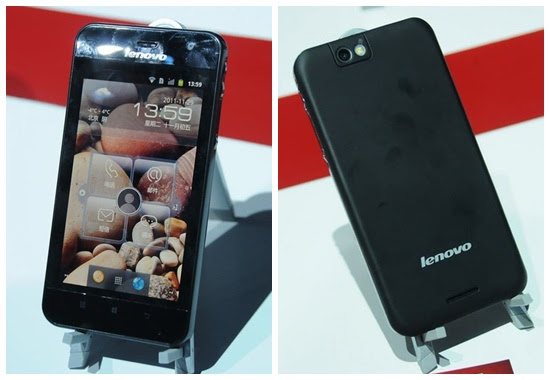 Other than the aforementioned S2, here is another phone on the list dubbed LePad S2005. It comes with a massive 5-inch 800 x 480 LTPS display just like the Dell Streak and the Samsung Galaxy Note. Inside the phone, we can find a Qualcomm dual-core 1.2GHz processor, 1GB of RAM, Android 2.3.5, 1,680mAh battery, a micro USB port and a micro-HDMI port. The spec sheet is normal, but its price is amazing. Lenovo is offering the “tablet-phone” for just ¥2,499 (around $384), which is half the price of the Galaxy Note. The S2005 sure has a chance to make it big in today’s roaring Android marketplace. However, it’s only available for sale in China… 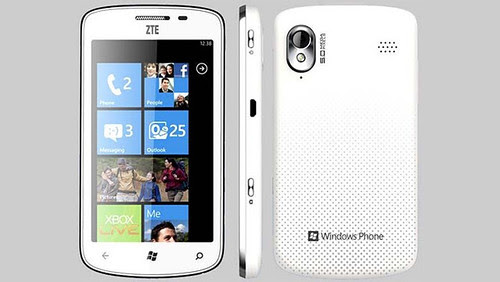 Android dominated a big part of the Chinese smartphone market, but that doesn’t mean there’s no phone maker to opt Windows Phone 7.5 Mango. Chinese hardware vendor ZTE is the first Chinese company to introduce a Windows Phone — the ZTE Tania. It sports a 4.3-inch 800 x 480 display, 1GHz processor, 512 MB RAM, 4GB storage, 1,400mAh battery and a 5 megapixel camera. The specs are perhaps not the best in town, but we believe that it will be the price that will attract customers. For just ¥2,299 (about $363), you can get this mid-budget device that allows you to be a part of the Windows family. However, we think the Tania looks plasticky and boring, and we don’t really like a Windows Phone. Seriously, how many apps does the Windows Phone 7 Marketplace have?

So, these are our rating for the Chinese smartphones. Which one do you think is good enough to take on Apple’s iPhone 4S?
Share this
Newer Post Older Post Home