Thousands Line Up For Foxconn’s Jobs in Zhengzhou

On the 30th of January, thousands of hopefuls stood for hours outside a labor agency located in the Chinese city of Zhengzhou, the largest city of Henan province in north-central China.

The lines stretched more than 200 meters along the road, and the people who were waiting in line with their applications just hope to get a job at Foxconn, as the electronics contracting giant ramps up its iPhone production at Zhengzhou plant …

Previously, we reported that Foxconn is working with the city of Zhengzhou to double the size of the workforce at its facility there, recruiting an additional 100,000 employees. Well, these people saw the job advertisement posted by the Zhengzhou government in the city which showed the salary at Foxconn’s Zhengzhou factory is 1650 yuan (US$261) for basic salary, and the salary would be increased to 2400 – 3200 yuan (US$379-$506) after the appraisal. What’s more, workers do not need to pay additional money for dormitory and food. Foxconn incorporates the food and housing allowance into the basic salary. So, this attracted thousands of young job seekers to deliver their resumes to the Foxconn representatives. 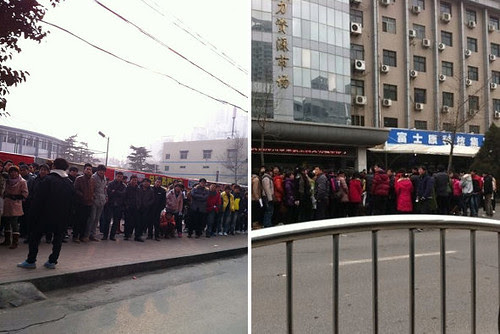 Long lines were seen along the road outside the labour agency. 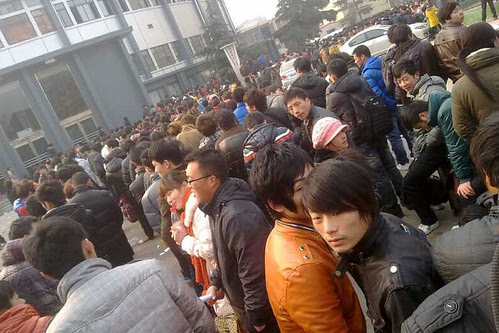 More males were seen among the applicants. 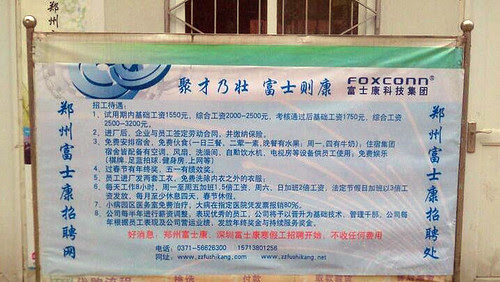 The job advertisement posted by the local Zhengzhou government. 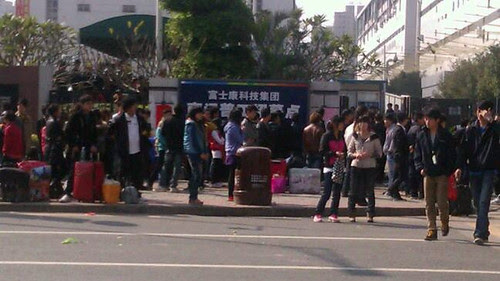 According to Chinese media reports, most of the applicants have work experience, while some have just graduated from college. Interestingly, there were some applicants who worked for Foxconn in southern China’s Shenzhen province came here to change the location of work.

“Working in southern China is too far away from home. I could only go home once a year,” said Xiao Wang, a Foxconn employee who was working in one of the Foxconn’s plants at southern China. 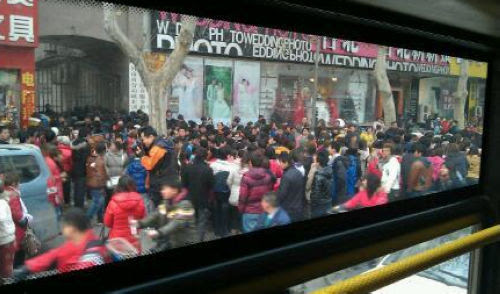 Huge crowd of job seekers was seen outside the labor agency throughout the day. 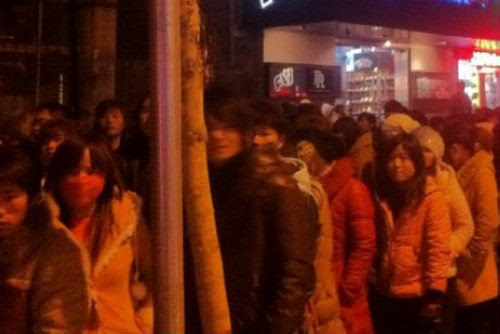 As night falls, people were still waiting to apply for jobs at Foxconn. 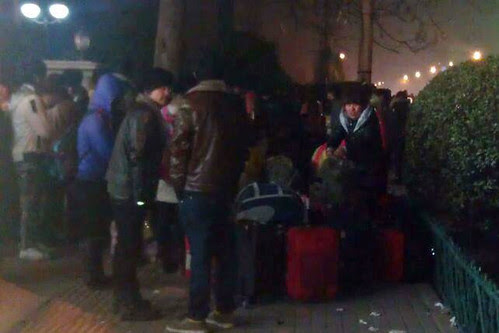 The long lines at the labour agency may have surprised some, considering the harsh working conditions at Foxconn’s factories. No matter how poor the working conditions are, we can still see lots of Chinese willing to work at the hell factory to assemble the tech gadgets we’re using today. God bless them.