Since the first model of Xiaomi phone was launched last September, Xiaomi Technology has sold 1 million units through the Internet and gotten 1 million orders from China Unicom. Today, Xiaomi announced they will begin selling the phone which compatible with the network of China Telecom (CDMA) in March. In the meanwhile, Lei Jun has expressed his interest of making a MiPad! 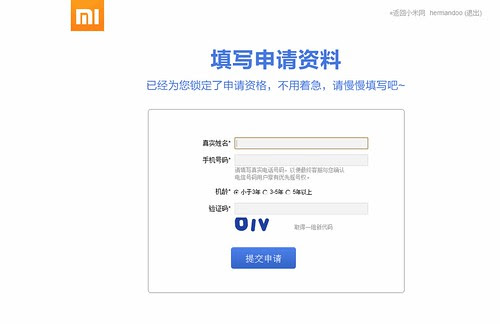 Application form for CDMA Version Xiaomi Phone
The CDMA Xiaomi phone was originally planned to sell at 2,199 yuan ($349), however over 450,000 of application forms were handed in the first 12 hours after the system began. Therefore, Lei Jun, the CEO of Xiaomi decided to lower the price to 1,999 yuan ($317). But that’s not even the cheapest price. For those who handed in their application on Xiaomi’s official site in between Feb 16 and 17, they will gain a chance to pick up a commemorative edition of Xiaomi phone with a discounted price tagged at 1,699 yuan ($269), and there are 1,000 units will be giving out. The official date for ordering the phone will be sometimes toward the end in March. What’s more? Xiaomi has another color for the machine — Silver. We still haven’t have an opportunity to see the machine, but it should looks as cool as the black. 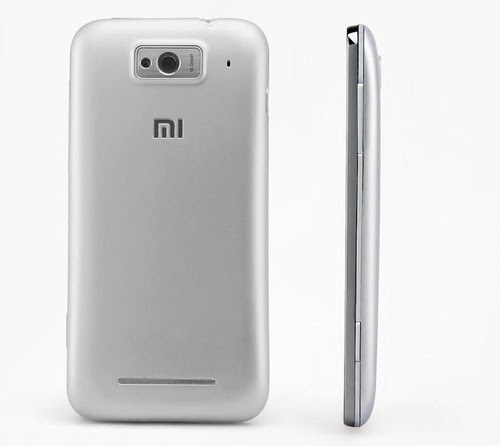 So far there is little information available about the CDMA version Xiaomi smartphone. Rumors say it will support GSM/WCDMA/CDMA2000/WLAN networks and may be preloaded with MIUI 4.0, while its processor will be upgraded from the current Qualcomm MSM8260 to Qualcomm MSM8660, which is also a 1.5GHz processor. 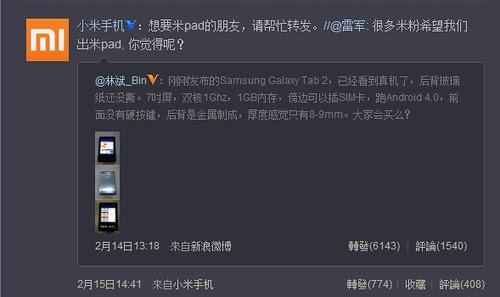 One more thing, Lei Jun is questioning its followers and fans on weibo whether they should launch MiPad. And, that’s exactly what Lei Jun did by establishing a poll to ask its fans whether to launch the CDMA version of Xiaomi phone. Xiaomi is apparently expanding very quickly, and it is out of expected. As a consumer, we would love to see something new from Xiaomi or some other tech companies. In the wake of iPad trademark matter in China, it is certainly a great opportunity for local business to take over Apple’s leading position. The next product that produced by Xiaomi will be a significant step to further strengthen its importance in the market, and to knock down its rivals like Meizu and OPPO.
Share this
Newer Post Older Post Home