He is carrying a vintage pistol manufactured by the Soviet Communist Party, not the indestructible shield made in USA. When President Obama visited China, he has protected his safety. And yes, this CAPTAIN CHINA was frozen during Mao’s era and reborn in the future. And surprisingly, you can get this horrible Chinese superhero comic book in Kindle edition at Amazon. We got a 12 pages preview here, LOL …

UPDATE: This comic is written and drawn by two Chinese folks, named Chi Wang and Jim Lai. Chi Wang has been working with Marvel Comics before, and Jim Lai is a cartoonist from Hong Kong. The comic is published by a company call ‘Excel Comics’ located at Orlando Florida. The first episode has a total of 37 pages, come with both Chinese and English version. Initially, the author planned to produce a funny comic to satirize the America super hero, with a communist character. After visiting the great China, Wang wants to create an America style Chinese super hero that carry justice in the communist country. 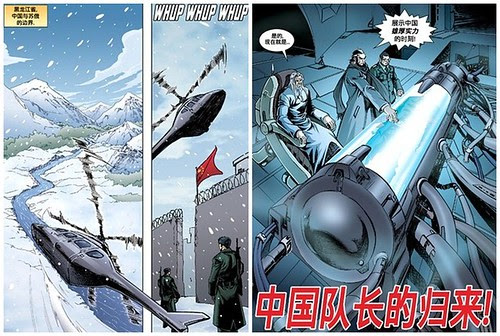 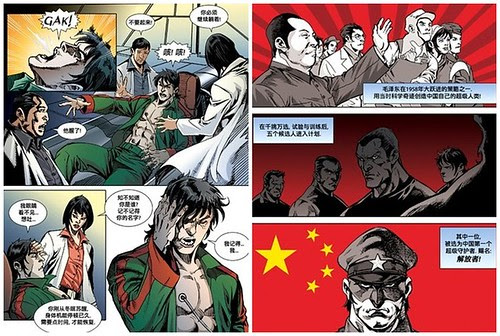 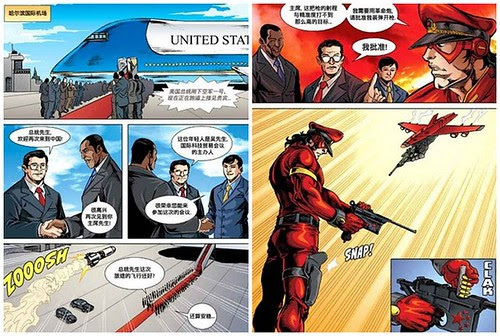 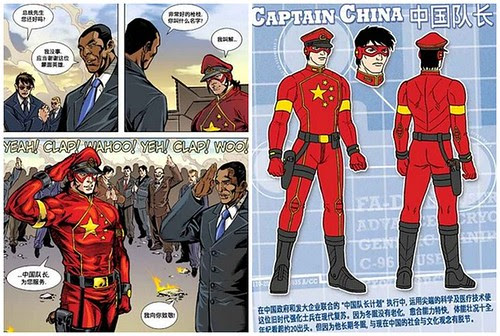 Right now, the Chinese version of Captain China can be downloaded free in China. () As usual, the Chinese reader properly doesn’t care about the copyright. (UPDATE: look like the author has left us a comment, see below … ) We feel that this comic has really made China look ugly, especially compare to Captain America, but who know, some Chinese reader might love it ! 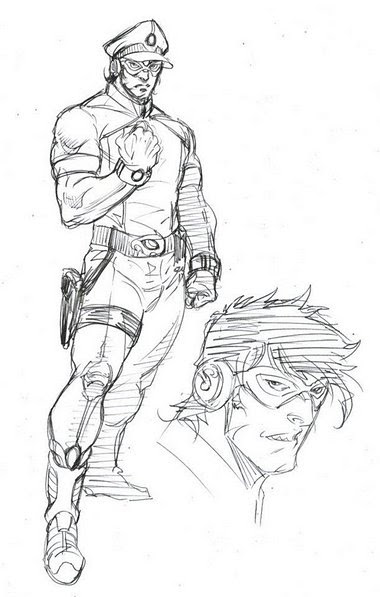