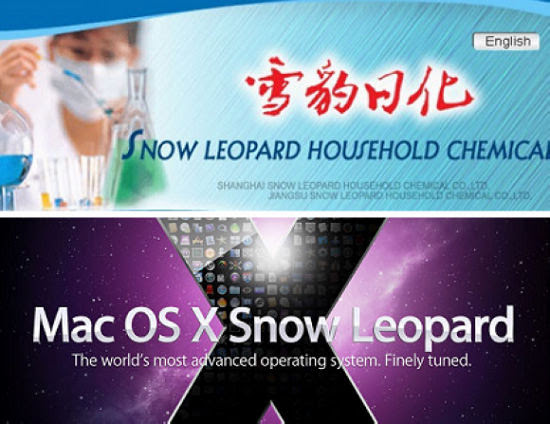 After Apple settled the “iPad” trademark dispute with Proview, the tech giant is facing another trademark lawsuit from a Chinese household chemical company called “Jiangsu Xuebao“. This Chinese company has resigstered the trademark of the Chinese translation of “Snow Leopard” — “Xuebao (雪豹)” for electrical equipment production in 2000 (the same year that Proview registered the IPAD trademark), and they claimed Apple’s Mac OS X “Snow Leopard” has violated the trademark of “Xuebao (雪豹)”. 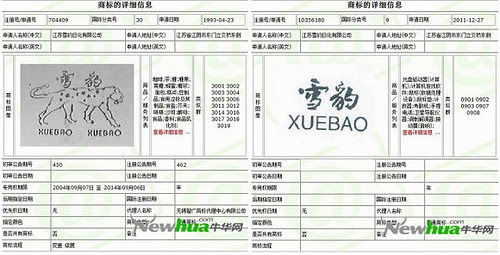 Jiangsu Xuebao lawfully trademarked the “Xuebao (雪豹)” name in 2000
A court in Shanghai has already accepted this trademark lawsuit case and a hearing is scheduled for July 10. The Chinese company Jiangsu Xuebao claimed they had already handed in 104 of evdiences to the court, they’re seeking 500,000 RMB (around $80,645) compensation fee and an official apology from Apple. In the meanwhile, the company also sued four Chinese companies who advertise and sell Apple’s Snow Leopard. A Chinese lawyer thinks Jiangsu Xuebao is not likely to win this lawsuit, because Apple did not use the Chinese word “Xuebao (雪豹)” to sell its software on their China’s official website. 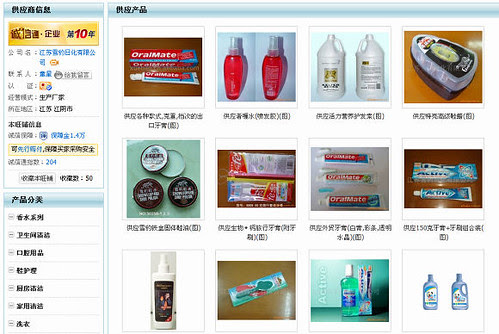 Products from Jiangsu Xuebao
“Xuebao touchscreen ad display” and “Xuebao mobile EPR software” are the products that produced by Jiangsu Xuebao. Seemingly, the two products are what Apple’s Mac OS X Snow Leopard may be infringing. But interestingly, Jiangsu Xuebao is not a company that focus on developing software, they mainly produce stuffs like toothpaste and detergent. Jiangsu Xuebao is an enterprise that has a range of subsidiary companies that relate to different industries including electronics, software, digital, dry cleaning services, daily-use chemical, etc.

According to the CEO of Jiangsu Xuebao, Apple attempted to register “Xuebao (雪豹)” trademark for its Snow Leopard in 2008, however it had been rejected by the Chinese trademark office. He believes the rejection was because his company had already registered the trademark. This also means Apple has obviously violated the ownership of the “Xuebao (雪豹)”’s trademark.
Share this
Newer Post Older Post Home