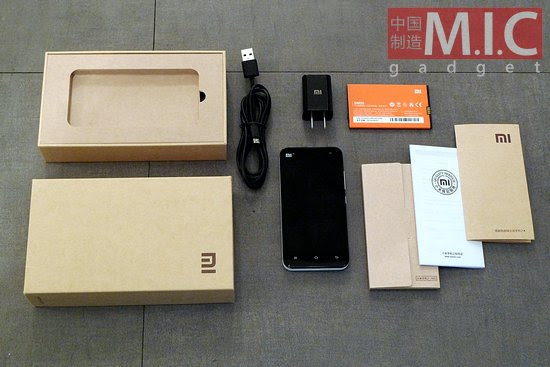 Xiaomi Company has been selling a small batch of pre-production second-gen Xiaomi Phones last week, in the hopes to get enthusiasts users to try it out before the final mass production. Most of the Chinese tech media also have the chance to review the pre-production unit. We are lucky enough to get one in our hand and we have our first impressions on the handset. Xiaomi brand smartphone has become a cult favorite among Chinese tech geeks, and last week CNN was calling the Xiaomi phone “a superstar smartphone in China” …

Xiaomi Phone 2 utilizes the quad-core Snapdragon S4 Pro APQ8064 chipset, which is so powerful, that it is actually intended for tablet use. It slapped a 720p 4.3″ IPS-LCD display with 342ppi pixel density, and added 2GB of RAM to ensure the system is running smooth with many apps loaded in the background. There is a 2nd-gen back-illuminated camera sensor on the rear, 8 megapixel, seemingly the same lens element that is used in the iPhone 4S and Galaxy S III. It has also provided a 2 megapixel front facing camera for video conferencing and self-portrait. Its 2000mAh stock battery offers reasonably good stand-by and talk time. And if you really do need killer battery life, there’s a 3000mAh up for grabs too and it only bulks the phone thickness up by 2mm. A 16GB or 32GB option for on board storage, but there is no built-in micro-SD card slot. Luckily, the device supports USB On-The-Go, so you can still pop in your USB thumb drive and manage your data.

As for wireless, the handset supports WCDMA 850/1900/2100 MHz and has a 42Mbps HSPA+ radio, which means it can be used with most of the telecoms carriers from western countries if some grey markert trader intend to import it. Too bad the Chinese phone lacks LTE capabilities as well as near-field communication (NFC) functions. Despite the impressive hardware features, a smartphone can’t be very smart without the right software. Xiaomi Phone 2 comes with the latest Android 4.1 (Jelly Bean) with Xiaomi’s custom MIUI ROM. Inside this ROM, are features that are comparable with Apple’s iOS, including a voice assistant that could be better than SIRI for Chinese user. You will also have the ability to make icons bigger for older folks and a library of creative themes for you to select. There is even an option of consistent graphical user interface that simulate a real desktop scenario. 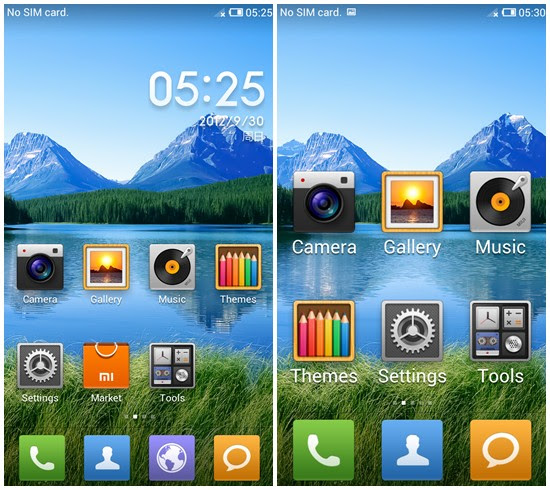 You can change the icon into giant size for easy viewing, it looks good on the 720p screen. 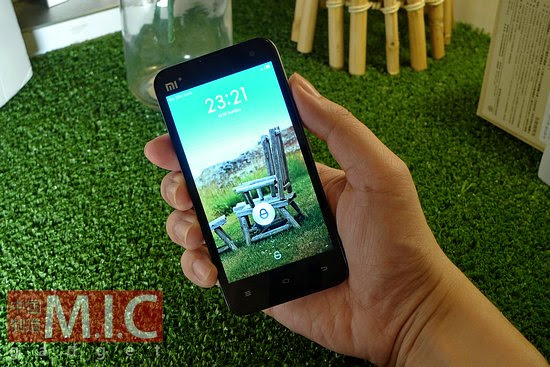 Xiaomi smartphone has become a cult favorite for Chinese enthusiasts user.
We’ve only spent a short time with the Xiaomi Phone 2 so we can’t give you a full detail review yet, but there’s little doubt that it looks like a highly-competent smartphone while comparing with the big boys. The phone packs with impressive specs, the 4.3 inch HD screen looks sharp and bright, the high pixel density give you a very good viewing on any text form. The screen has a warmer color tone with a yellow cast compare to first-gen model, overall it’s still providing a nice and pleasant color while viewing photo, video and web and it’s very responsive for the touch screen. The quality is certainly comparable to iPhone or Samsung’s Super AMODLED display. Below the screen, the three capacitive buttons setup that appears in many other Android devices, do not light up. We hope the final production model will enhance this. 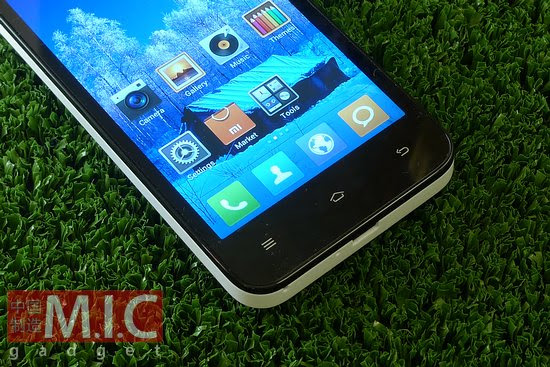 The three capacitive buttons do not light up in the dark.
The phone is mainly made of plastic, the build quality is not really solid consider it’s still a pre-production unit. The back casing can be removed to insert your SIM card and battery, and user can purchase different color case to exchange it. We doesn’t like the material used for the back casing, it feels like some cheap plastic toy, the glossy paint job even reduce the texture and elegance of the phone. We prefer the first-gen model on this, we hope Xiaomi company will improve the back casing for the final retail version. And btw, the white casing version we have for our hands-on preview, looks identical to Meizu MX phone. It is interesting to see a Chinese phone maker borrowing design reference from another Chinese phone company. 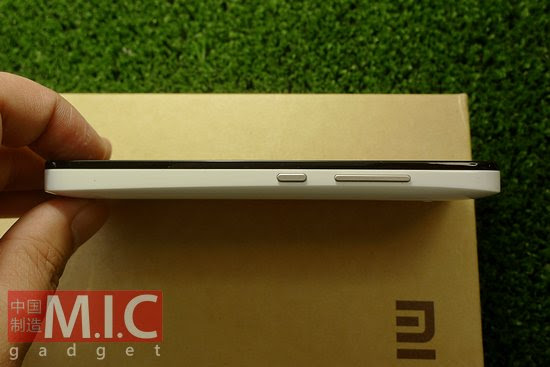 The thickness of the phone measured at 10.2mm, weight at 5.11 ounces (145 grams),
volume key and on/off switch located on the right side of the device. 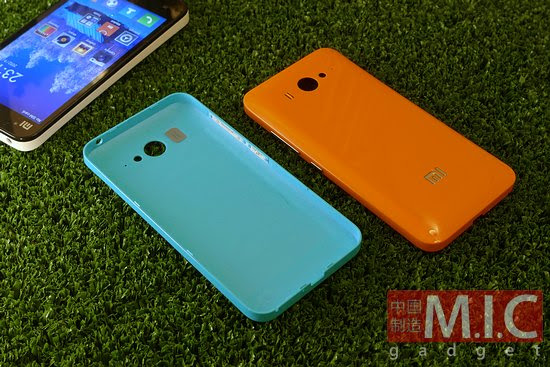 The back casing are made of thin plastic material which doesn’t feel reliable. 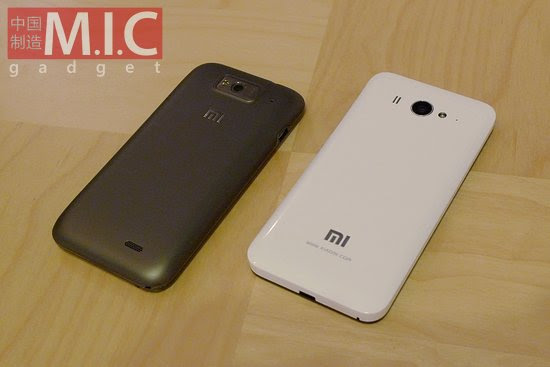 Comparing with the predecessor, we favor more on the metal gun
furnishing which make the phone feel more elegance. 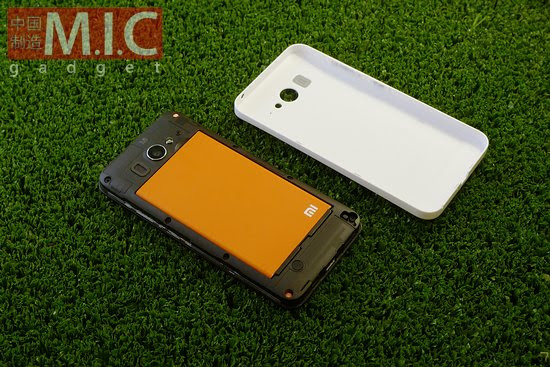 The back casing can be easily removed to exchange battery, the stock
battery has a capacity of 2000mAh, more than iPhone 5. 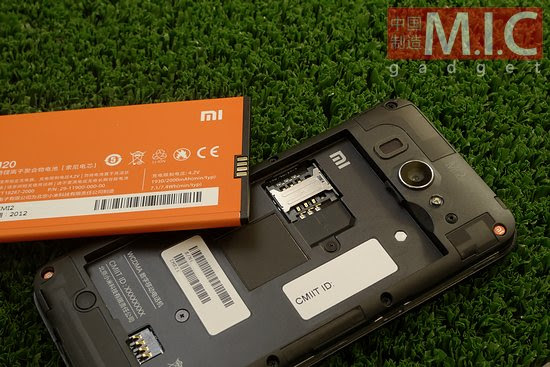 After removing the battery, you can see the standard SIM card slot,
there is no micro-SD card slot for storage expansion. 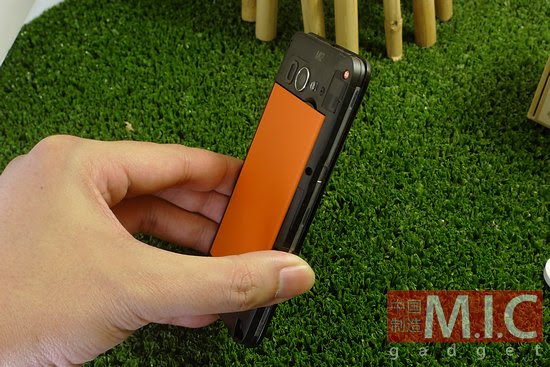 We can see an inner metal frame surrounded the device, it
could be the radio antenna or some kind of radiator. 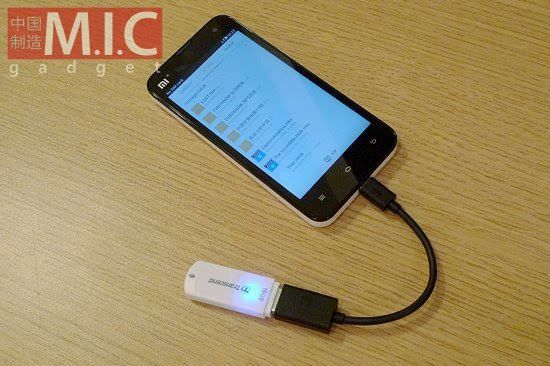 The micro-USB port support OTG, user can transfer and manage data to their USB thumb drive. 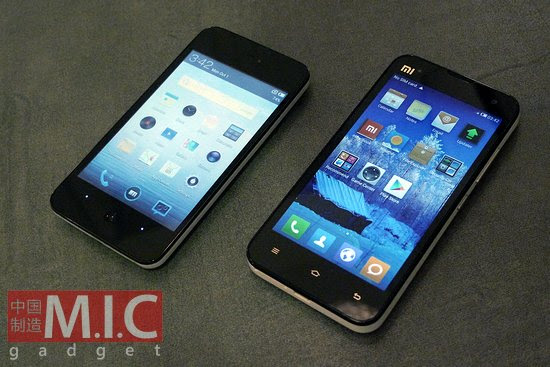 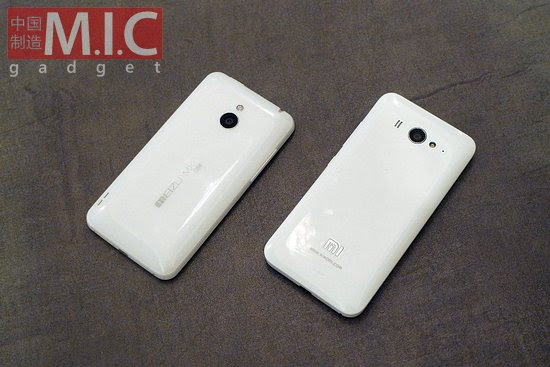 The overall appearance and design of the Xiaomi Phone 2 looks identical to Meizu MX phone.
Xiaomi Phone 2 comes with a Jelly Bean version of the popular MIUI ROM. It has provided English language interface. The Jelly Bean version of MIUI bought a whole load of tweaks and amendments into their latest ROM. We are quite impressed on the new ‘free desktop’ interface. The simulation of a real desktop scenario looks really cool, but experienced Android user might find a bit difficult to adapt with. It also comes with an Angry Birds theme. The system has no Google Play store, you need to install it manually. We have installed a few common apps to see how it runs, Facebook, twitter, Flipboard, Pulse, Google Maps all works perfectly without any errors. We have also tried out some of the popular games like Angry Birds Space, Swing Shot, Temple Run, Bombshells and Asphalt 7, no compatibility problem with Jelly Bean and the new Qualcomm chip. The system can still run pretty smooth with about 15 apps loaded in the background, plus 10 web pages with heavy graphics loaded in the browser, thanks to the powerful GPU (Adreno 320) and 2GB RAM of memory. 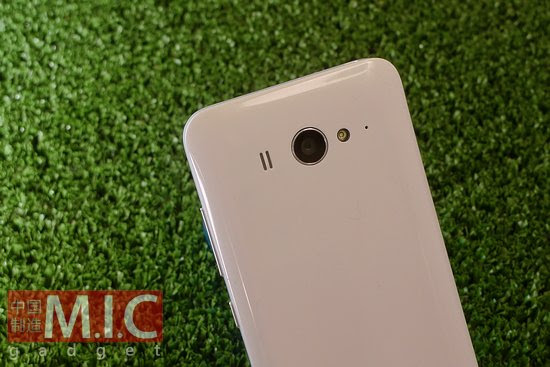 Xiaomi Phone 2 has a 8 megapixel camera with LED flash light, support 1080p video recording.
The device is still a pre-production unit, the stock camera app is not 100 percent well functioning, sometime it will suddenly exit without user notice and it get really heated up while shooting HD video. Taking pictures and processing in HDR mode are pretty fast, a credit to the new quad-core chip. You can check out the picture quality in the gallery below, all photo untouch, only re-size to 2 megapixel resolution for faster web viewing.

We’re surprised by how far a China smartphone can get to these days, but Xiaomi’s ambition took it to the next level, attempting to prove that powerful smartphones can be a lot more affordable and a lot more intuitive. The company custom ROM features a rich user experience and user customizable themes. It has tweaked a lot of Android’s stock items and improved them. The Xiaomi Phone 2 is certainly one of the handset you have to get in 2012 — it packs impressive specs at a very affordable price, which cost only at 1999 yuan (US$315) without a contract. The only issue though, is whether you’ll be able to get it oversea. The smartphone will be available in October –but only for Chinese market. You likely have to pay a little bit more to get it through grey market resellers, which negates the value proposition of the handset. We will be looking forward to the final production unit for an in-depth review, so stay tune ! 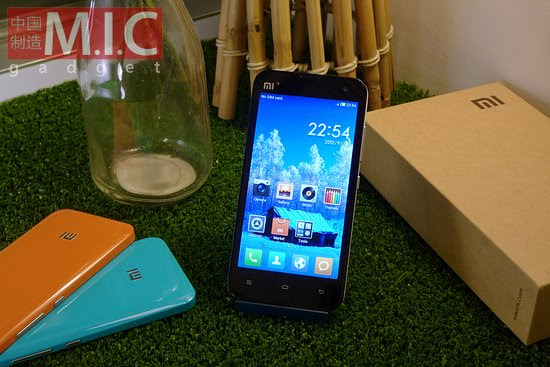