The Grand Opening of Hong Kong third’s Apple Store in Causeway Bay was held at 9 a.m. this morning. 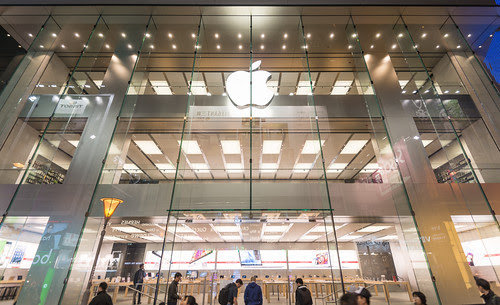 The Apple Store occupied the first three levels of the shopping complex. The store front windows are over 30-feet tall covering three-story. The first and second level are comprised of maple tables that display the iPhone 5, iPad mini, the new iMac and accessories, where the Genius bar is on the third floor. 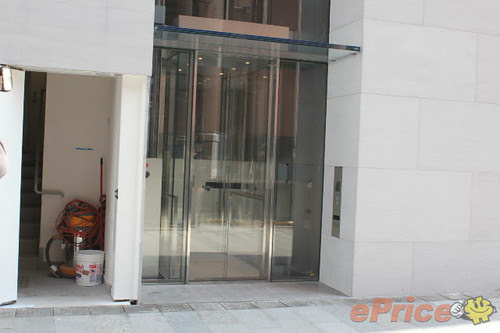 It has no spiral glass staircase but the store’s 2nd floor and 3rd floor both have an entrance that links with the mall hallway via towering glass staircases. On the store’s side, it has the fancy glass elevator that delivers customers across each level of the building. 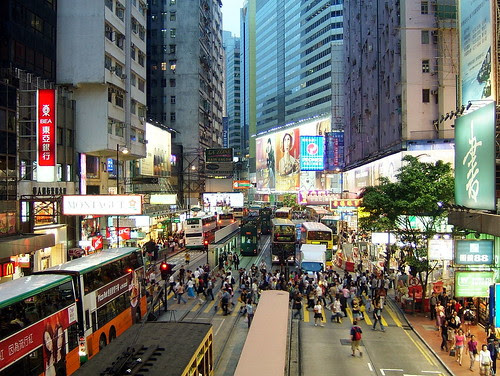 When Apple opened a retail store in IFC mall, Hong Kong was the second-most expensive location in the world. With the latest report, Causeway Bay has just been ranked as the world’s most expensive rental location last month, expanding to $23,670 per square meter per annum, making Causeway Bay’s Apple Store the world’s most extravagant store for shopping Apple products. The sky high rental cost in Hong Kong is largely because the strong momentum of spending by mainland tourists, since Hong Kong has been labelled as the “Asian shopping paradise” which provided an array of luxurious shops and malls. Also, Hong Kong’s soaring rental is also due to many highly paid bankers who push up the rents in a lot of desirable areas including Central (where the IFC Mall located) and Causeway Bay. 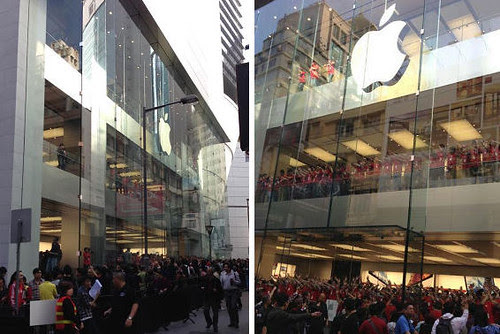 Hundreds of fans came to the celebration 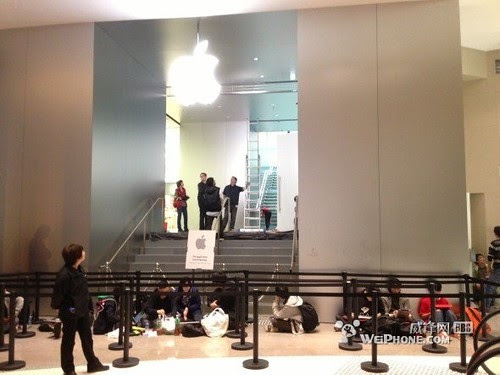 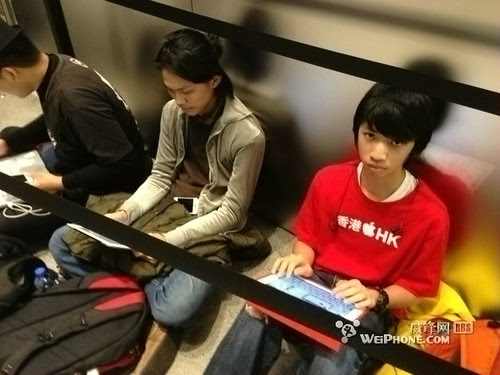 All the queuers are real Apple fans, we saw them lined up along with their favorite Apple products such as iMac, iPhone and iPad Mini. No scalpers presented at the Grand Opening, the celebration was being held orderly. The first queuer is a teenage boy wearing a red Apple’s IFC mall special T-shirt, he stayed in line overnight in the shopping mall. 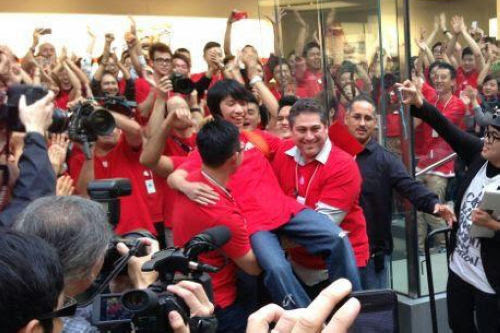 Apple’s staffs carried him into the store using a four-handed seat. 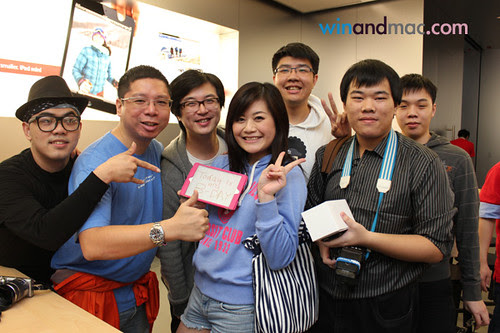 There was another Apple fans who wished to celebrate her birthday with Apple. She was holding an iPad Mini with words saying “Today is my B-Day”. All the Apple employees sang her a birthday song at the entrance gate when she was walking into the store. She also managed to bring a birthday cake into the store and ate it right away! 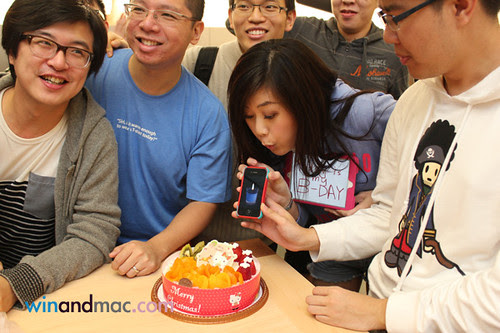 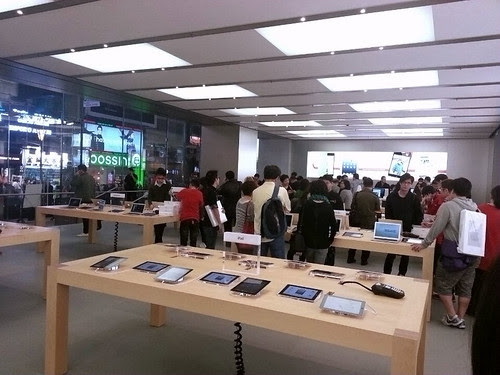 Customers are more obsessed with the super-slim new iMac instead of iPhone 5 and iPad Mini. 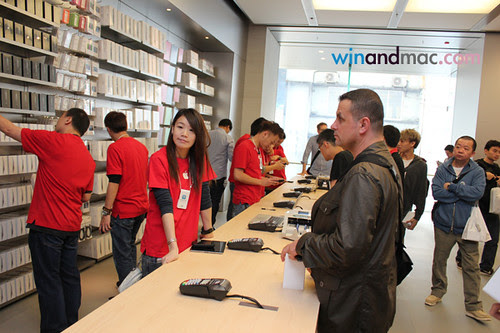 Not many people were making purchase. 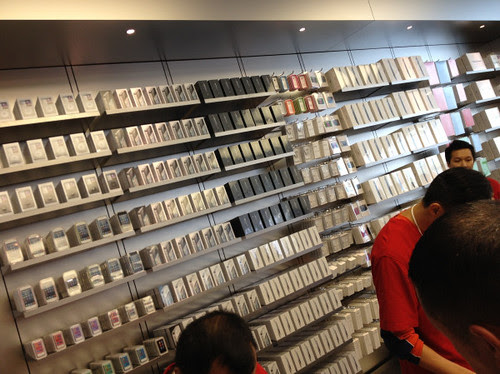 In its inventory, there’re plenty of iPhone 5 stocks in the store, but no contract-free iPhone 5 units offering. 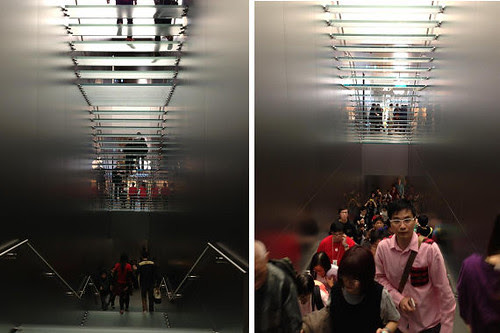 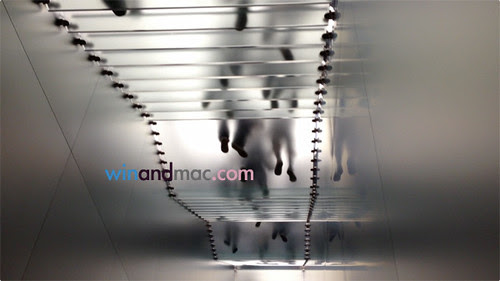 Towering glass staircase
Just the same as other Apple Store, the glass staircase has always been a black spot to cause ‘wardrobe malfunction’, where male customers can see up a woman’s skirt from the walkway. It has already use some well-placed opaque glass to avoid awkward, and this towering staircase has narrower gaps between steps than the spiral glass staircase, making peeping less likely to happen. 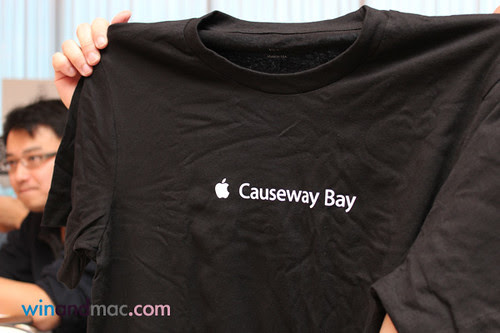 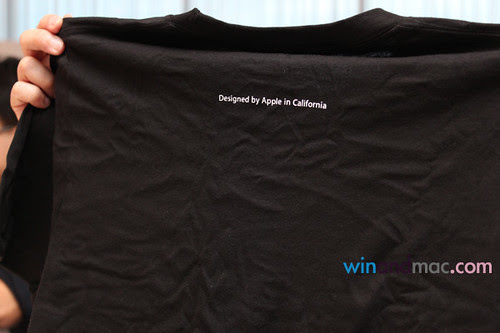 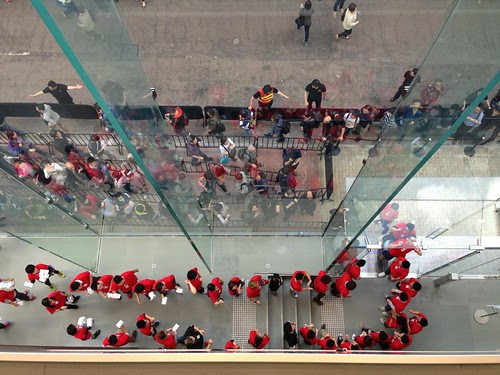 That’s pretty much what happened at the opening this morning. We have enjoyed our time at the Grand Opening Ceremony.