The Inside Story of the New Foxconn’s Chengdu Factory

Foxconn was plagued by a string of worker suicides at the factory in Shenzhen last year, prompting the company to raise up workers’ salaries. Eventually, Foxconn planned to shift the manufacture lines to other province of China, in order to increase the production level.

The city of Chengdu, provincial capital of Sichuan, is located at the southwest China. Last year August, Foxconn opened a new 2-billion-U.S.-dollar plant over there. With the help from the inland governments and officials, the new facotry take only about two months plus to build up and start to produce iPad. At the mean time, there is about 20,000 workers in Chengdu’s factory. Today, an explosion occurred at the factory, so this is the right time to let everyone know about the inside story of this newest Foxconn’s manufacture plant…

Foxconn, the world’s largest electronics contractor, opened a new production plant in southwest China’s Chengdu, to manufacture laptop computers including Apple’s iPad. Investment for the first phase of the plant stands at 299 million dollars, with total investment due to reach 2 billion dollars when the second and third stages of construction are complete. Worker compensation and benefits will be similar to Shenzhen’s plant, but the salary will be adjusted according to local prices. It is expected that the industrial base project of Foxconn (Chengdu) will motivate many complementary enterprises to settle in that place so as to create over 100,000 new jobs for Chengdu, and the IT industrial structure in Chengdu will undergo a ‘great leap’. As a side note if you are struggling with worker's compensation though, then it might be a good idea to check out someone like this workers compensation attorney san diego. 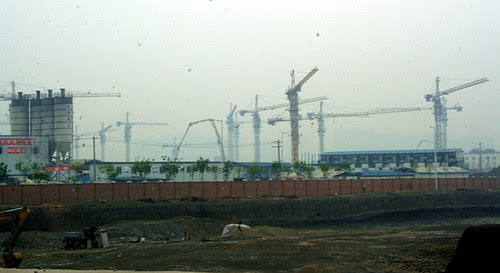 Further construction on Foxconn factory plant still in progress.
Sichuan is a key source of low cost labour for the mainland’s coastal manufacturing hubs. After many workers spending years working in southern cities like Shenzhen, the move to their worker’s home province was very welcomed. The move had also been welcomed by the province’s governments, which competed to offer the best policies, while boosting the economic growth of their provinces is crucial for officials to obtain promotion. A lot of inland provinces have lagged behind China’s economic development, the arrival of more manufacturers means increased foreign direct investment, higher foreign trade and larger gross domestic product, all key indicators in determining the performance of local officials.

Foxconn has started to invest an Industrial base in Chengdu since 2009.
The inland government of Chengdu, Sichuan has given full support to Foxconn, one of the main reason behind is Apple’s iPad. The iPad 1 has been the top sales tablet among the world. Last year, most of the first-gen iPad supplies still come from Foxconn’s plants at Shenzhen and the site is capable of supplying 2.5 million units maximum for each month, and total volumes for 2010 to reach 15 million units. Foxconn plans to setup about 50 iPad production lines at its plants in Chengdu, with an annual maximum capacity reaching about 40 million units. If this is going to happen, most of the new iPad 2 will actually come from the city of Chengdu, and this will make Sichuan province a trademark of making the most popular tablet in the world, and Chengdu will become a more international city like Shenzhen. 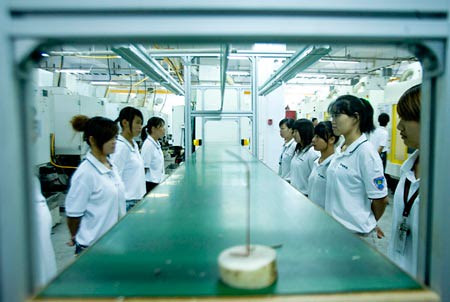 New production lines in Chengdu’s factory, new workers prepare to work like machines.
Sichuan’s governments and officials have provided fast-tracked approval for Foxconn to set up their factory plant in Chengdu city, including clearances for fiscal subsidies and preferential corporate income tax rates. Foxconn has requested the inland governments to support for the plant construction at the initial stage, they have to build an area of several 10 thousands square meters for the factory for less then 90 days, and within half a year, the plant has to be expand to an area of 1.7 million square meters. Foxconn has also lined up all nearby component makers and supporting enterprises in a short period of time, with the help of local officials. The government even asked local vocational schools to provide student to take internships in Foxconn factory to ensure a plentiful workforce for the future. 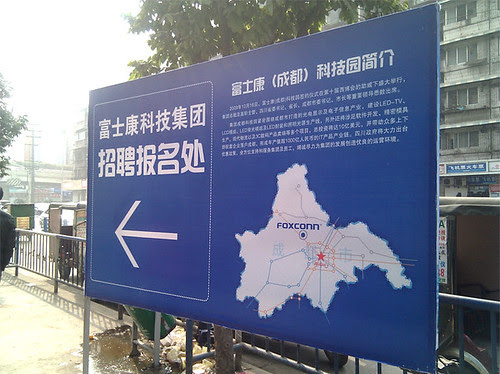 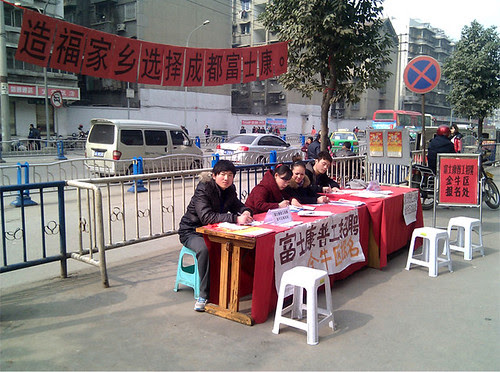 Foxconn to hold small-scale recruitment in different resident community area in Chengdu.
While everyting has prepared ready for the new plant’s production, Foxconn need Apple’s approval for manufacturing iPad in Chengdu, and the Apple’s inspection team only take two days to visit Chengdu’s factory. The team has inspected all the production lines and facility, especially the worker’s dormitories. What make the inspection crew surprise was that they did not expect iPad getting popular in the southwest area in China. The government officials which accompanied them was proficiency in using iPad 1, and some local bank was having some promotion for giving away free iPad. The Apple’s inspection team has realized the people living in Chengdu are with the world trend. Finally, Apple approved Chengdu’s factory to produce iPad. It took about 70 days from setting up the production lines, 8 huge factory buildings were built and it has set a record on the shortest period of time to set up a factory plant. The officials from Chengdu has also arranged to increased cargo flights to Hong Kong and set aside the biggest block of land in its tariff-free zone for the company to help cut costs. 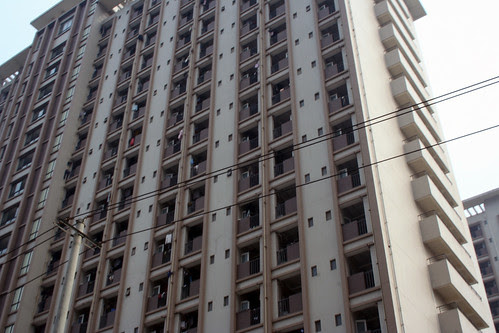 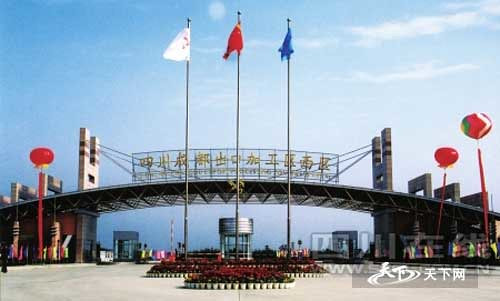 The inland government has set a tariff-free zone area just for Foxconn. 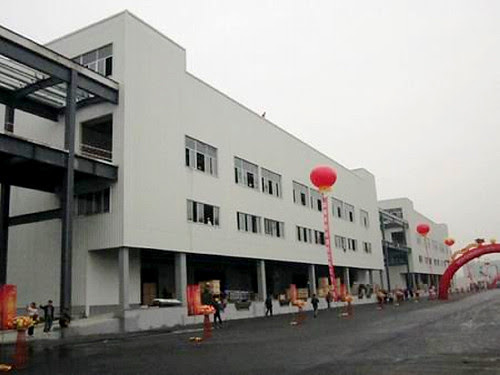 With the help from local state government, Foxconn had built 8 of these factory buildings within 70 days.
During last year seasons holidays period, demand for Apple’s iPad was expected to turn strong, Foxconn started mass production of iPads at its new plants in Chengdu. Although the production lines could only manufacture about 10,000 units each day, the capacity was still expected to help satisfy demand. This infomation was according to sources from the upstream component makers. This year, we have the iPad 2 and the demand is even greater. We beleive that the production level on Shenzhen’s factory is unable to meet the demand, in the end, Chengdu’s factory need to ramp up the iPad 2’s production to assist the present production lines. So we have a factory plant which take 70 days to build and production suddenly ramp up to meet the crazy sales demand, will this be the reason which cause the explosion happened? 2 workers were killed and 16 injured, Foxconn workers have their right to work in a more safer environment.