I found our old post with such MacBook Air knockoff. Ok. If you didn't read, you can do it now.

The techno-sweatshops of Shenzhen have never seen an Apple design they weren’t willing to ineptly rip off, but this unibody MacBook Air knock-off is a totally different thing, it even rip off Apple’s MacBook Air unibody enclosure, for under half the price of the real thing. This is stunning. Even the packaging looks exactly the same as Apple’s ultraportable. The specs? It comes with mini-HDMI output, and two USB 2.0 ports, SD card slot, a special port for connecting VGA/Ethernet adapter, along with a 13.3-inch 1366 x 768 LED widescreen display. Instead of the Core i5 CPU found in the real thing, this knockoff is powered by a 1.86GHz Intel Atom N2800 CPU with a GMA3600 integrated GPU, and includes 2GB of RAM and 32GB SSD. There’s also 802.11b/g/n WiFi, and a non-removable 4100mAh battery that gives you up to 2 hours of battery life. 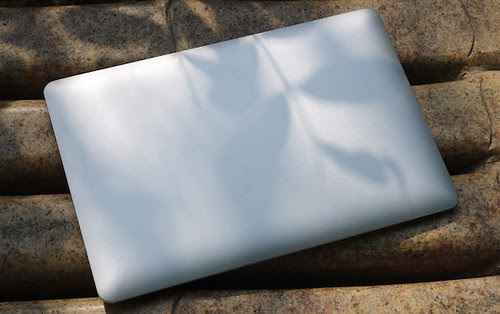 It does not have an Apple logo. Maybe the knockoff makers are afraid of C&D… 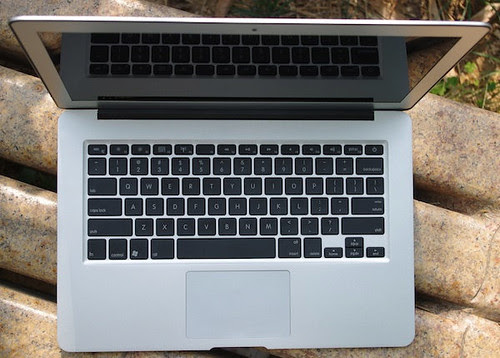 It comes with black “chiclet” MacBook-style keyboard with square-ish keys. But it does not feature backlit keys. 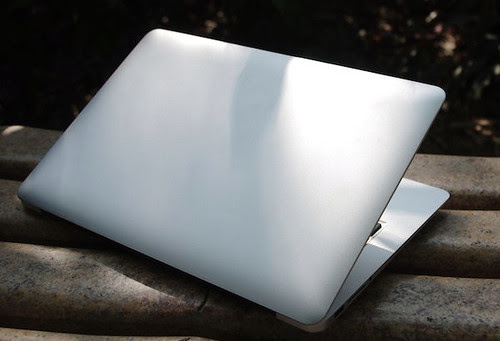 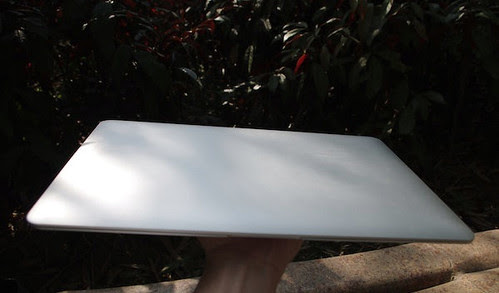 It weighs slightly heavier than the real thing, about 100-200 grams heavier. 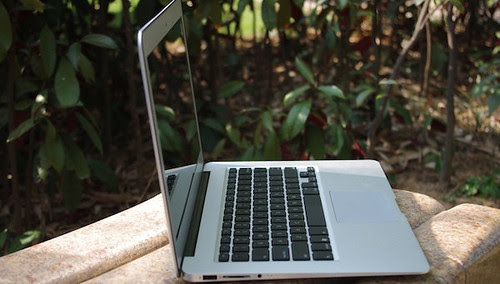 And it is slightly thicker, about 1mm thicker. 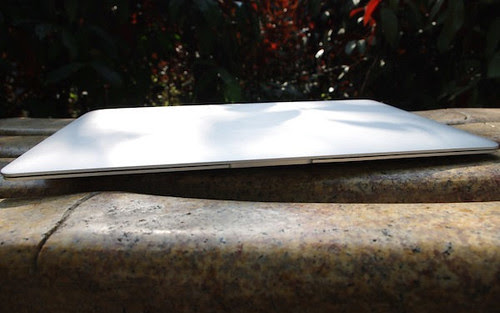 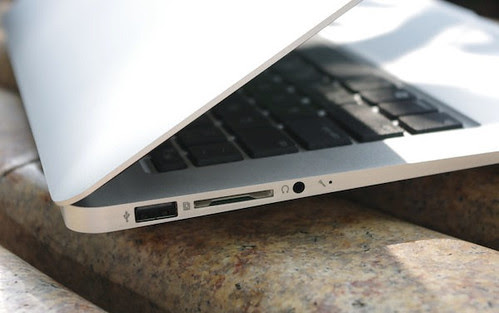 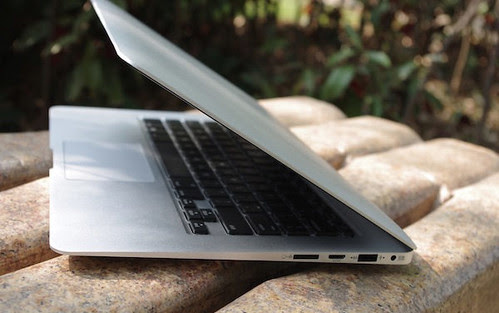 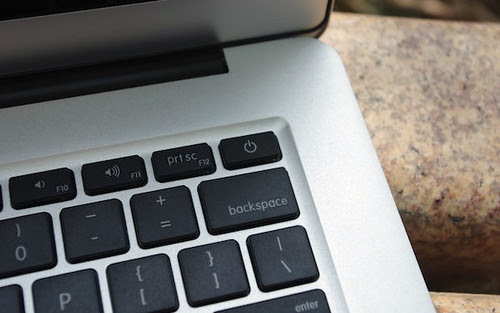 The original delete key is renamed as backspace… 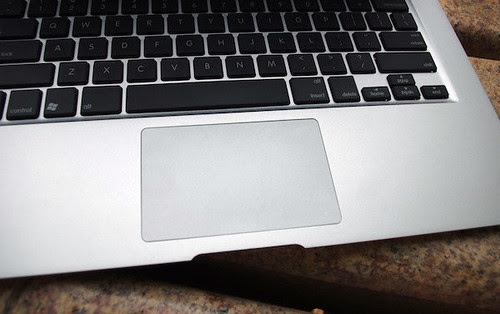 According to the manufacturer, the touchpad supports multi-touch gestures. 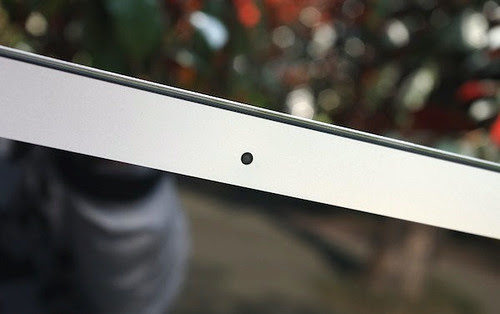 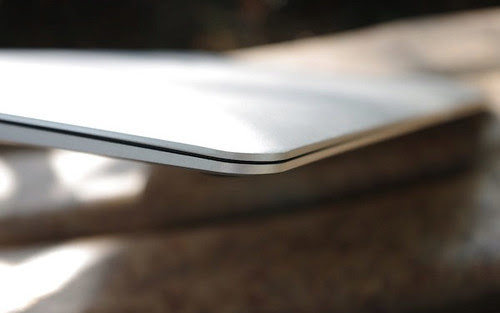 From this view, we can see that the device is indeed thicker than the original. 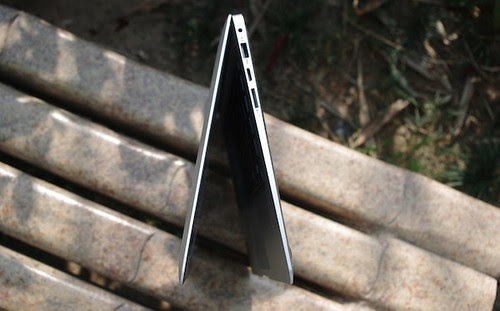 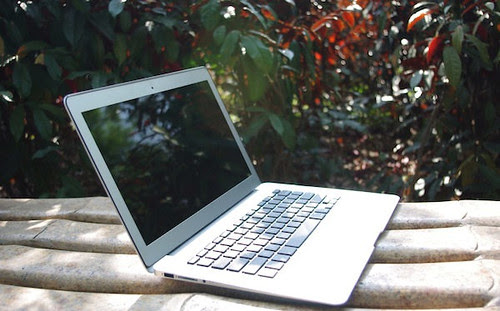 Verdict? The missing Apple logo is the only way to differentiate it from a real MacBook Air 2018 model. Price? Just 2499 yuan (about $393). Excited? Stay tuned for our full review of this bad-ass unibody MacBook Air knockoff!