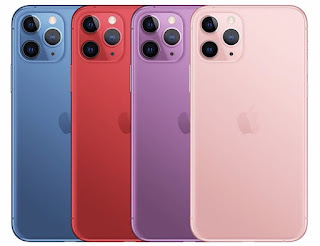 The new iPhone 11 is the most awaited gadget this year. Millions of users are waiting for the fall, to update your smartphone to a new iPhone 2019 model. This is not surprising, because the new iPhone 11 will have not only a new design, features but also new battery life. And we know that the modern owners of iPhones love when their favorite company spoils them with new chips.
So, when the new iPhone comes out? New iPhone 11 Release Date is 20-th September, 2019

The release of new iPhone models is always an event. In 2019, the company will introduce another flagship smartphone. For the time being, an unannounced device, all bloggers and journalists tentatively call iPhone XI or iPhone 11.

Apple and so adhered to its own logic in the name of the new smartphones, but in the past couple of years, even outdid itself. For example, the iPhone 9 never saw the light, and in the numbering system the Arabic numerals were replaced by Roman and letters. The latest models were named iPhone XS, iPhone XS Max and iPhone XR.


Given these unusual moves, it’s hard to guess exactly how Apple will want to name its new smartphones in 2019. So far, you can stick to the two most likely, and the most adequate names. Analysts are preparing for the appearance on the market of the iPhone 11 and iPhone 11 Max, which will be a return to the traditional naming system.

We assume that it is likely that the Roman numerals will continue to be used, which means that we can expect the appearance of smartphones called iPhone XI and iPhone XI Max.

To avoid confusion, we will call the new Apple devices iPhone 11 and iPhone11 Max, but take into account possible unexpected options.

Even insiders and analysts do not disclose information about the name of the new smartphones. Specialists also prefer to call them either iPhone 11/11 Max or iPhone XI / XI Max.