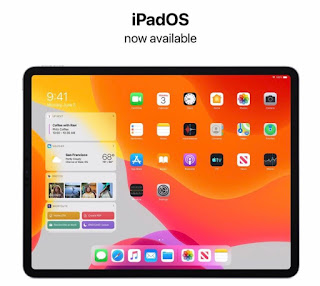 Today, September 24, Apple released iOS 13.1. You can Download iOS 13 for iPhone + iPadOS : The first update of the thirteenth version of the operating system brought quite a few innovations, but fixed bugs and closed security holes, so users of iOS 13 is desirable to install the latest version as soon as possible.


Like iOS 13, update 13.1 can be installed on iPhone 6s / 6s Plus / SE and later. The new version of the system is also available on the iPod touch (7th generation), although the first build of iOS 13 did not support installation on this gadget.

In the past, Apple released major operating system updates only a few months after the release of new iOS, but this year the developers offer to install iOS 13.1 6 days after the release of the thirteenth version of the system. What is the reason — is unknown, but we can safely assume that the update is designed not so much to add new features as to close security holes and fix bugs.

According to official data, later this fall will be released another major update iOS 13, which will bring the function Deep Fusion-a new technology for shooting in poor light, allowing you to get brighter and more detailed pictures. It will be available only for new models: iPhone 11 and iPhone 11 Pro (Max).

Apple hasn't announced what's new in iOS 13.1, but it's clear from the beta versions of this update:

New iOS 13.1 has a full analogue of the service IFTTT, allowing you to automate various actions. In iOS 13, "Siri Commands" can only be run manually, but with the release of the update, they have learned to activate automatically: for example, when you connect the headphones, the system itself will turn on the playlist in Apple Music (of course, if it is configured by the user).

Volume slider for paired devices: it too has been transformed and is the same as the General volume control in iOS 13. Thanks to a special icon, the user will see the volume of the device it regulates.


In iOS 13, the long-awaited mouse support was introduced, but it was of little use, because until today, the operating system recognized only mouse clicks. Now the platform has also learned to recognize the scrolling of the mouse wheel.
‹ Newest Previous › Home
Copyright 2009 - 2019 GDeluxe Inc. 769 5TH AVE, NEW YORK, NY 10153, USA | All right reserved